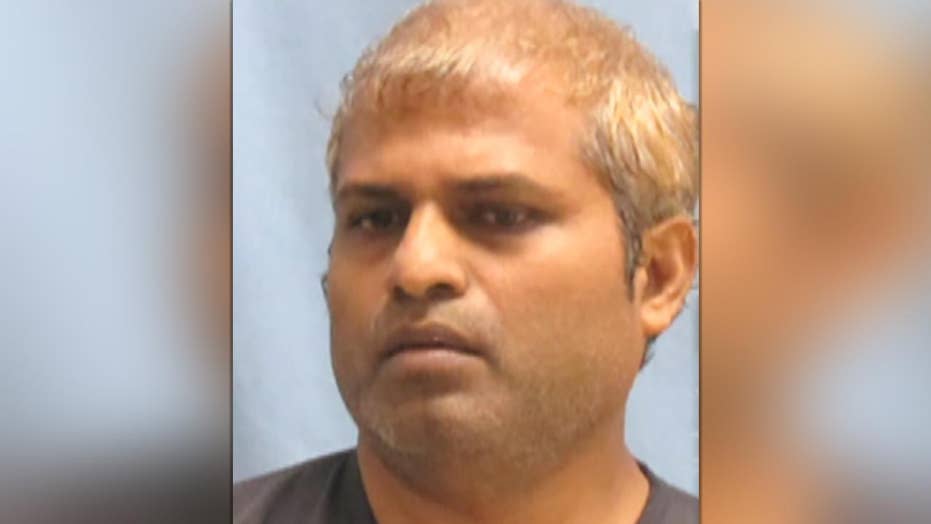 An Arkansas man was arrested this weekend after he allegedly left his 5-year-old daughter in a car with the engine off and the windows rolled up on a sweltering day -- because she was acting up inside a store, according to police.

Srinivasan Jeyvel, 43, was arrested on a charge of endangering the welfare of a minor after two people at the Ashley Square Shopping Center in Little Rock contacted police around 6:30 p.m. Saturday.

A Little Rock Police Department report obtained by FOX16 said a woman and security guard called police after they noticed the child appeared to be left inside the car for at least 20 minutes.

Officers arriving at the scene spoke with Jeyvel, who claimed the girl had only been in the car for a few minutes.

The 43-year-old also told police his daughter is  “severely autistic” and that he placed her in the car because she was "throwing a fit" inside a store, the police report obtained by FOX16 stated.

The temperature that day reached 91 degrees, and witnesses reported the temperature was "very hot," according to the police report also obtained by the Arkansas Democrat-Gazette.

Jeyvel was held without bail at the Pulaski County jail Sunday night, according to the newspaper. He was not listed in the jail log as of Tuesday morning.