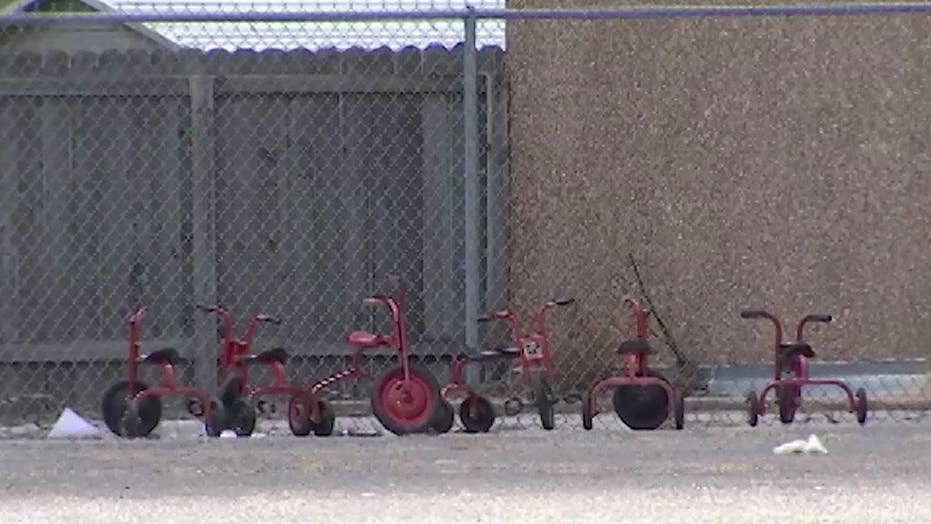 Arkansas toddler dies after being left in day care van

A 5-year-old boy in Arkansas died on Monday after being left in a day care van for over eight hours.

Police in West Memphis, Arkansas say the young boy got on the van at 6:40 a.m. on Monday morning but he was never taken inside of Ascent Children’s Health Services. He was later found dead still strapped in his booster seat when the van was about to take children home for the day, police say.

The cause of death has not yet been released but temperatures reached above 90 degrees in the afternoon.

According to Fox 13, the child is being identified as Christopher Gardner Jr. The boy’s mother Ashley Smith says the day care needs to be held accountable.

Smith added that her entire family is torn.

"Why didn't you just do your part? You saw me put my son on that van," Smith told Fox 13. "His whole family torn apart, because of someone else's careless mistakes."

The Arkansas Department of Human Services, which oversees childcare facilities in the state, confirmed that they are conducting a licensing investigation after the incident. Communications Director Amy Webb says the facility recently underwent a safety review in March of this year and did not have any violations related to transportation of children.

“There are a number of safeguards in place to try to prevent these types of things,” Webb told Fox News. “So what we need to identify is where was the breakdown in those safeguards.”

Webb noted that childcare transport vehicles are required to have an alarm placed in the back that has to be manually turned off. The alarm is in place to ensure a final check of the vehicle.

She added there were two discrepancies unrelated to transportation at the facility but did not recall exactly what those were. Webb also says the facility has not had any problems in the past.

Five people could face charges in connection with the child’s death, according to Fox 13.