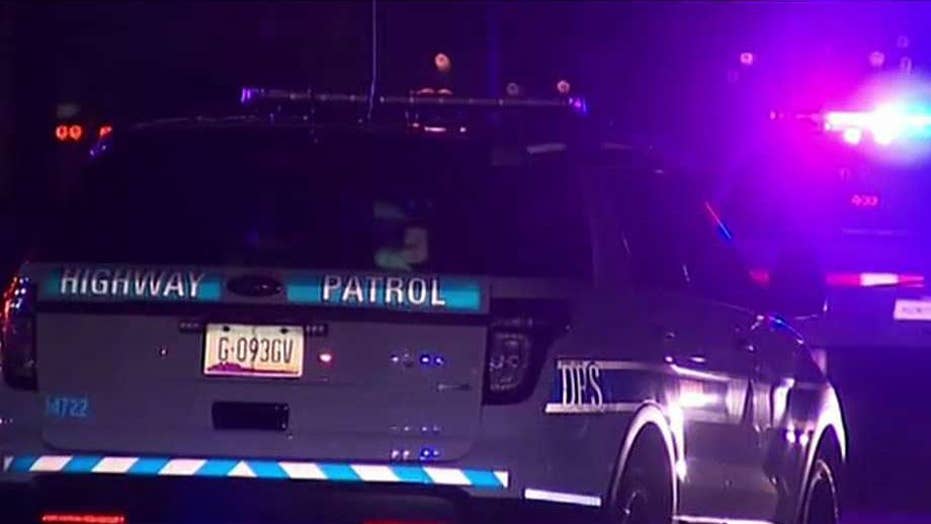 Rookie cop responded to erratic driver who was allegedly throwing things at cars.

An Arizona Department of Public Safety trooper in training was killed and another trooper was wounded in a shooting Wednesday night, authorities said.

A third Arizona Department of Public Safety trooper was injured during a fight with the suspect.

The incident occurred in Avondale, Ariz., around 10:20 p.m. when troopers received a call about a man throwing objects from his car and driving erratically on Interstate 10.

One trooper who responded to the call "made contact with the subject" before two other troopers, including one who graduated from the academy May 4, arrived.

At some point an altercation began between the troopers and the man.

"During the struggle, one trooper lost his firearm to the subject, subject fired two rounds from the duty weapon," Col. Frank Milstead, director of the Arizona Department of Public Safety, said during a news conference.

The slain trooper was identified as Tyler Edenhofer. The other officer injured in the incident was identified as Dalin Dorris, who is said to be in "good spirits." Each officer was hit by a one bullet. Dorris was shot in the shoulder.

The third trooper injured in the incident was identified as Sean Rodecap, 32. It was not immediately clear what his injuries were but they were said to be "non-life threatening."

The suspected shooter was not immediately identified. The Arizona Department of Public Safety said in a statement that a male suspect was in custody and being treated at a hospital.

"The DPS family is in mourning. Our thoughts and prayers are with his family. Lives have been shattered and ruined and we're all in a little bit of a state of shock this morning," Milstead said.

Edenhofer's friends and family told ABC 15 the fallen trooper was a Navy veteran and was supposed to finish his training next week.