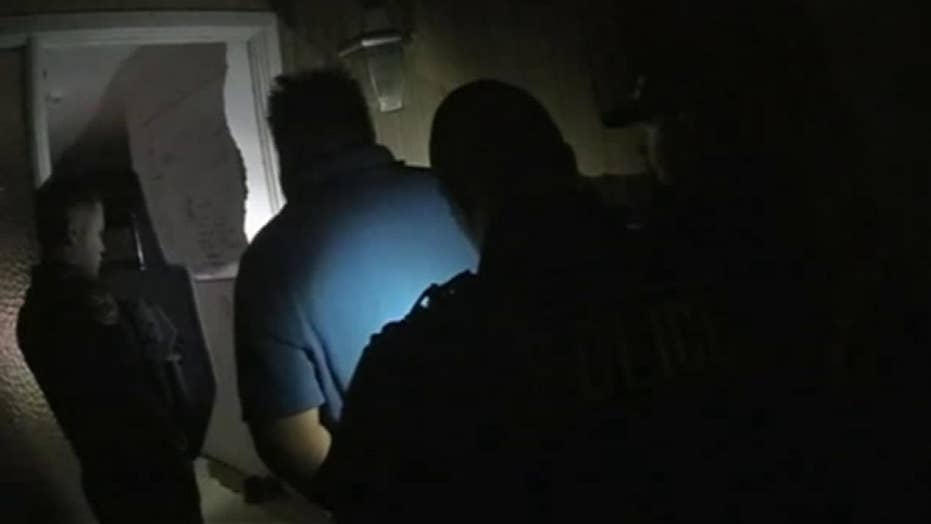 Arizona police released bodycam footage Thursday that showed the moment authorities kicked in the door of two Chandler parents who allegedly refused to take their sick, unvaccinated child to the hospital.

Officers with the Chandler Police Department were dispatched to the 1600 block of West Marlboro Drive around 10:30 p.m. on February 25 to conduct a welfare check at the request of the Department of Child Safety, according to a press release.

Officials were concerned that a 2-year-old in the home was suffering from a “potentially life-threatening fever and illness.”

Sara Beck, the boy’s mother, had taken the child to naturopathic doctor after he developed a fever of 105, KKTV reported. The doctor, who practices alternative medicine, reportedly instructed Beck to take the boy to the emergency room, as he believed he was showing signs of meningitis.

According to the local station, Beck refused to take the boy, fearing that she would be reported to authorities because the child had not been vaccinated.

The doctor contacted DCS, which then contacted authorities.

Chandler police attempted to contact the parents, who refused all attempts. Eventually, police were able to reach the father by phone; he said the boy was fine and ordered them to leave but officers reported hearing a child cough inside.

The parents continued to ignore police, who eventually received a court order granting them the right to remove the child from the home. They gave one final warning and an opportunity to take the child to the hospital. but the parents refused.

Kentucky Gov. Matt Bevin exposes his children to chicken pox instead of getting the vaccine

Two other children, ages 6 and 4, were also inside with similar symptoms including vomiting

DCS took temporary custody of the children and transported them to the hospital. The 2-year-old was later admitted, and the parents were later charged with child abuse.