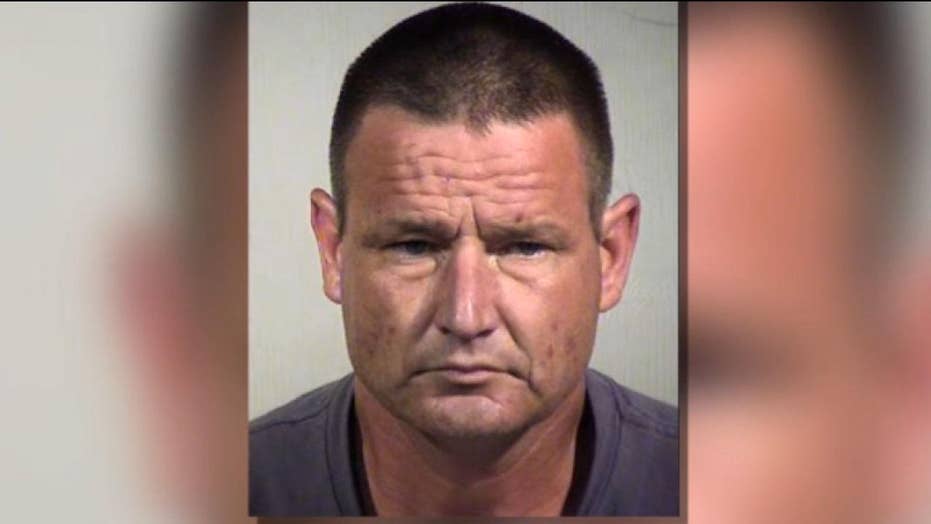 Police say the man was suspected of detonating multiple bombs around the Phoenix area.

Five months after a series of seemingly unexplained explosions started being reported in the northern part of Phoenix, authorities announced Tuesday a man was arrested in connection with the blasts thanks to a tip from the community.

"After processing numerous pieces of evidence, hundreds of tips from the community, interviewing witnesses and victims, detectives developed probable cause to arrest the suspect," Sgt. Armando Carbajal said at a news conference.

Authorities had been investigating the blasts since Oct. 1, when they began occurring on the northwest side of the city and neighboring Glendale. In each instance, residents reported similar experiences: a loud boom, a flash of light, but no damage or clear trace of what blew up.

MYSTERIOUS EXPLOSIONS IN ARIZONA LEAVING RESIDENTS IN NEIGHBORHOODS ON EDGE

Random explosions going off in north Phoenix neighborhood. No suspect or suspects have been indentified; Phoenix Police, bomb squad are actively investigating.

Callers used terms such as “loud explosions,” “louder than a gunshot,” “saw flash,” “boom” and “loud bang” to describe the blasts.

In December, Phoenix Police released a photo of a white pick-up truck that was called a "vehicle of interest" in connection with the explosions.

A month later, police in Glendale happened to be in a neighborhood when they saw and heard one of the explosions. Officers questioned a man who was in a white pickup truck that matched a description of a possible suspect vehicle, but he denied any involvement, FOX10 reported.

A "vehicle of interest" in an investigation into a series of unexplained explosions in northwest Phoenix, according to police. (Phoenix Police Department)

The man, who was later identified as Willis, remained a person of interest until police received additional information via a tip from the community.

In court documents obtained by FOX10, police said that Willis tried to detonate a bomb at an elementary school in November. The 44-year-old was caught on surveillance camera at Sunrise Elementary School when no one was at the school's playground.

The blast went off on the playground a short time later, and a witness said that Willis was seen speeding away in his truck.

Houston Willis was caught on surveillance camera trying to detonate a bomb at Sunrise Elementary School, according to police. (FOX10)

Adaiah Gooden, whose car was hit with an explosive in November, said she was relieved police finally made an arrest in the case.

"I'm glad it looks like it's over for everyone else," Gooden told FOX10. "You never know about people, it's the least likely person you would suspect, could have been anyone in the neighborhood.

When Willis was arrested on Monday, police said he was in possession of heroin. His home also contained multiple weapons and a crossbow, in addition to an explosive found in his truck, authorities said.

The 44-year-old had felony convictions from 1995 that included drug and weapons charges, FOX10 reported.

Authorities did not reveal what may have motivated Willis to detonate the bombs, but said he is being held on $100,000 bond with his next court appearance set for March 11.