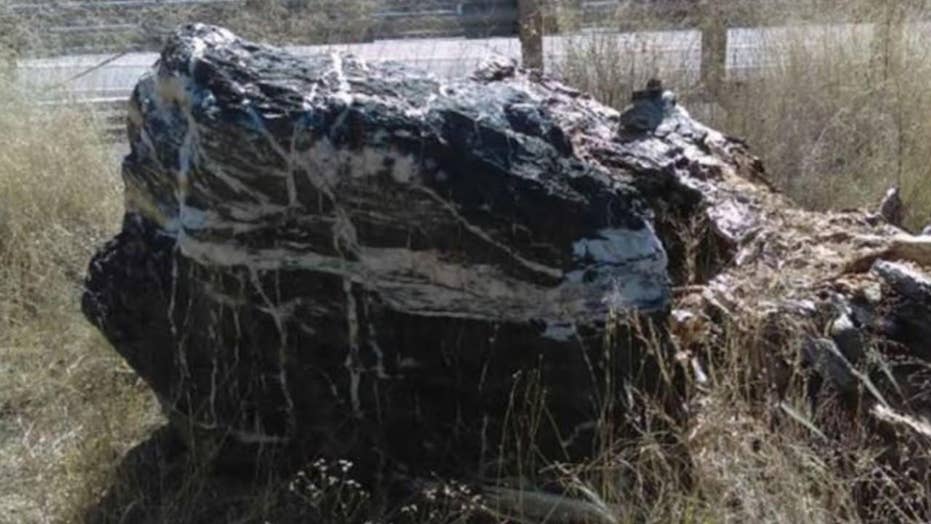 Described as “a beautiful black boulder with white quartz running through it,”, Arizona’s “Wizard Rock” has been stolen. The 1-ton boulder is belived to have been removed by someone using “heavy equipment”. The investigation is still open.

A 1-ton boulder known as the “Wizard Rock” has mysteriously vanished from a national forest in Arizona.

The popular landmark, described as “a beautiful black boulder with white quartz running through it,” went missing two weeks ago from Prescott National Forest, the U.S. Forest Service said Monday in a news release. It was believed someone used “heavy equipment” to remove the boulder.

“It’s unfortunate when we lose a treasure such as the Wizard Rock,” said Sarah Clawson, district ranger for the Bradshaw Ranger District. “Our hope is that it will be returned to us, and these recent recurring events will become an educational opportunity.”

"Wizard Rock" is often admired by the public for its beauty, officials said. (Karen Johnson / United States Department of Agriculture)

Taking minerals from national forest land is illegal without a valid permit, officials said. But “Wizard Rock” is hardly the first gigantic rock to be taken from federal land.

In 2009, an 80-pound heart-shaped rock was taken from Granite Mountain Wilderness, officials said. It was anonymously returned after a local paper ran a story on its disappearance. More recently, two boulders weighing between 750 to 2,000 pounds were removed in separate incidents.

Officials have asked for the public’s help in finding information about the removal of the "Wizard Rock."