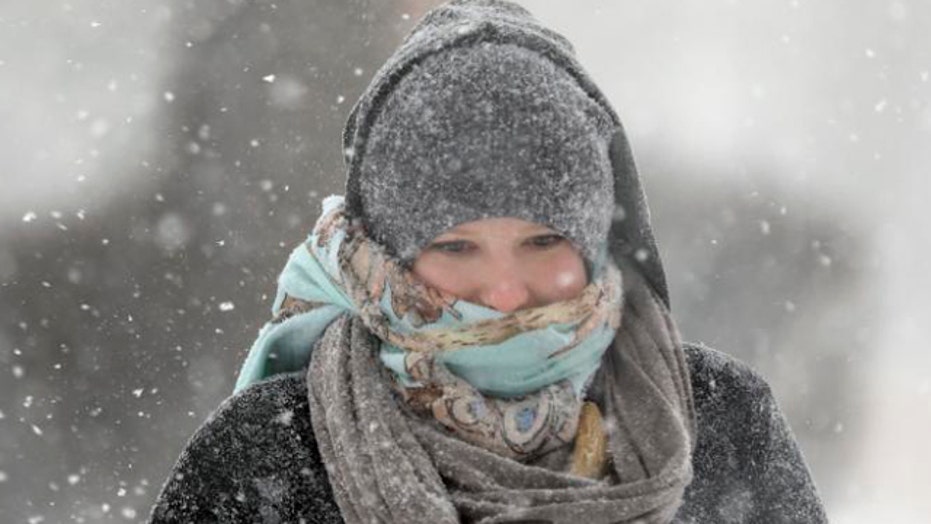 Rick Reichmuth with the forecast

Well, at least spring is due in five weeks.

In the meantime, exasperated New Englanders caught in the grip of one of the region’s most punishing winters on record are bracing for another polar blast, marked by strong winds, temperatures in the teens and more than a foot of snow.

"We seem to be unable to break out of this pattern that's established itself,” National Weather Service meteorologist Patrick Burke told FoxNews.com on Friday afternoon. “Even in our extended seven-day outlook, it remains cold over the northern and the northeastern region of the nation.”

By Friday afternoon, wind chill advisories were already in effect for the upper Midwest, including eastern sections of North Dakota, Minnesota and Wisconsin, where temperatures threatened to plunge to as low as 30 degrees below zero Friday night into Saturday, Burke said.

That’s just the start of what could become a 1,500-mile-wide swath of arctic air that will also engulf the Ohio valley and Great Lakes area before descending on the northeast over the weekend and lasting until Monday, when Boston is expected to see a high of 13 degrees.

"We seem to be unable to break out of this pattern that's established itself."

The snowstorm targeting New England is expected to intensify late Saturday evening and will stretch late into the day on Sunday, Burke said. Boston is expected to receive a foot of snow, though Maine will likely bear the full brunt of the storm, possibly receiving up to 18 inches by Sunday night.

Meanwhile, wind gusts topping 60 mph and reaching as high as 75 in some coastal areas are possible, which could result in toppled electrical lines and power outages. Burke added that minor coastal flooding could occur during the high tide late Saturday into Sunday.

The Boston-area public transit system, which has struggled to maintain operations during the recent storms, says it will continue service Saturday but would not make any guarantees beyond that. The Massachusetts Emergency Management Agency told the Boston Herald that it had received approximately 170 pieces of snow removal equipment from other states as it faced an uphill battle to clear highways and streets ahead of the latest storm. Spokesman Peter Judge said the agency had received around 150 requests for equipment from cities and towns.

The Boston Herald, citing National Weather Service data, reported that Boston has received 61.6 inches in less than a month, breaking the record of 58.8 inches in one 30-day period ending in February 1978, the month of the infamous blizzard of ’78. Burke told FoxNews.com that the region has already set records for snow received in a seven-day period, and the 37 inches reported at Boston’s Logan Airport a few days ago set another record.

As for a reprieve from the punitive winter, Burke said that even though temperatures in the upper Midwest and northeast will begin to climb out of the teens after Monday, forecasters predict that they’ll hang around the mid-to-upper 20s – still below average for this time of year.

Put another way, a break from the winter isn’t yet in sight.

“That may come in the form of spring,” Burke said.

FoxNews.com’s Karl de Vries and The Associated Press contributed to this report.