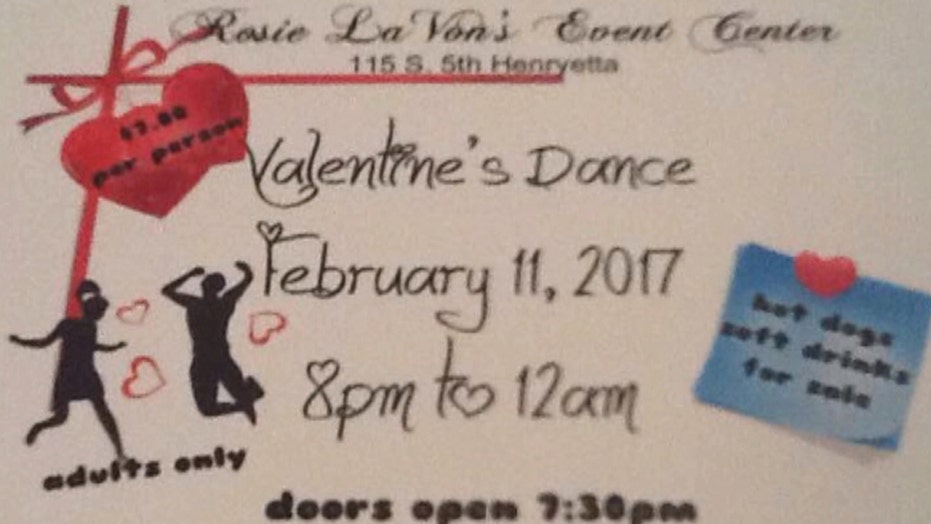 Valentine's Day dance canceled in Henryetta, OK over 40-year-old moral code, outlawing dancing within 500-feet of a school or place of worship

An issue in a small Oklahoma town is a scene right out of the 1980's classic “Footloose.”

A Valentine’s Day dance set to take place in the town of Henryetta was canceled over an arcane city ordinance enforcing a strict moral code.

The owners of a local store, Rosie Lavan’s Marketplace, wanted to raise money for renovations but were told the dance would break the law, Fox 23 reported.

The owners told News 9 that they planned to hold the event inside their store. They said they made fliers for the event and advertised it on social media, and that’s when they learned of the law.

The 40-year-old law prohibits any dancing within 500 feet of a place of worship. The event would have taken place 300 feet from Henryetta’s Church of Christ.

Mayor Jennifer Clason said she knew of the city ordinance, but it has never been enforced.

"It's never been enforced my entire life," Clason told KTUL-TV. "But I'd never looked at it because it never came up."

Police Chief Steve Norman said his department has no interest in enforcing the outdated law.

"We are law-abiding, we are not law breakers. We just wanna dance, that's it," said Joni Insabella, who is co-owner of Rosie Lavan's Marketplace along with Shelly Riveria.

City officials were working to change the strict rules. But a meeting to abolish the law won’t come until Feb. 22.