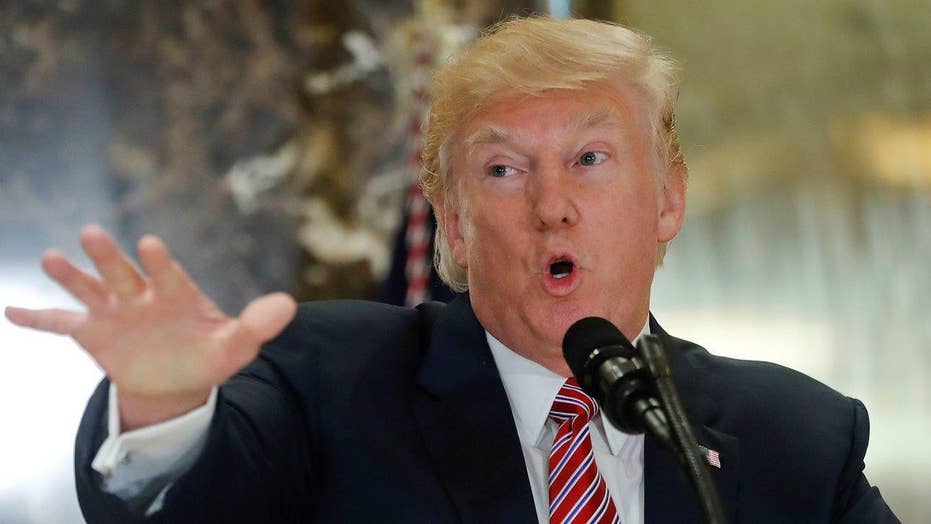 Was Trump right to call out 'Alt-Left' in Charlottesville?

The president doubled-down on both his statements and his response to the deadly Charlottesville riot, insisting he needed to know the facts and that both Neo-Nazis and the Alt-Left were violent. Does he have a point? #Tucker

Three people described as "Antifa," or anti-fascist, protesters were arrested during an anti-white supremacy protest in Chicago on Tuesday, authorities said.

The trio was part of a group of about two-dozen protesters -- many wearing masks -- who gathered outside a Cook County courthouse in the city's North Side section, where they held banners condemning white supremacy and chanted, “Neo-Nazis go away! Racist, sexist, anti-gay,” the Chicago Tribune reported.

The group had gathered to protest the criminal hearing of a man whom organizers claim has ties to far-right, white supremacist organizations.

"It's shameful to base your identity on hatred," organizer Sam Zakon, 25, of Chicago, told the newspaper during the rally. "We want to make sure these people know they are not wanted here in Chicago."

The man’s attorney told the Tribune that he knew of no ties between his client and any hate groups. He was also not charged with any crimes tied to racism.

About 90 minutes into the protest, activists took to the street, briefly blocking the intersection. When police ordered them to return to the sidewalk, one of the Antifa members got into a physical altercation with an officer.

As the masked activist was being arrested, a struggle with other protesters, who came to his aid, began. A second man was taken down to the ground and arrested.

Tensions rose again shortly after, and a third protester was arrested.

Chicago police told the Tribune that three protesters were arrested and that charges were pending.