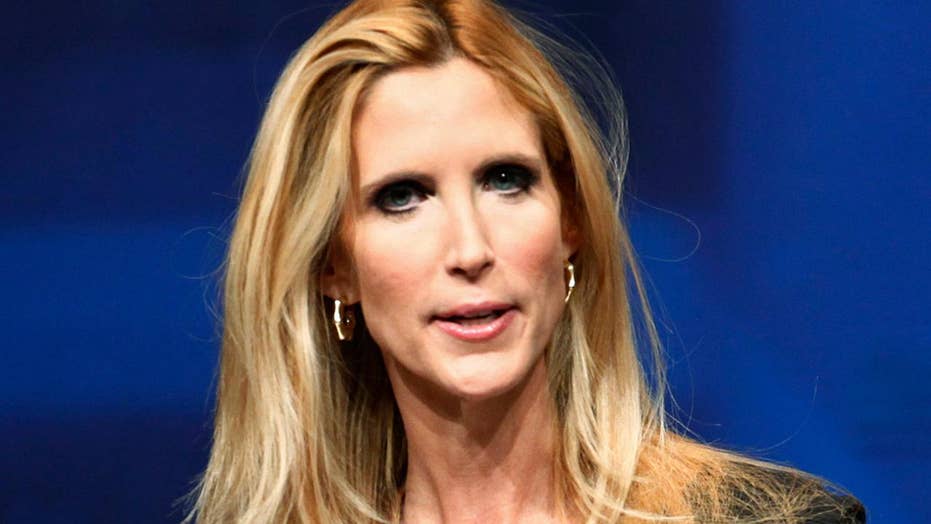 Ann Coulter said no to a proposal by the University of California, Berkeley, that would reschedule her planned speech on campus -- to a date when no formal classes are in session.

"You cannot impose arbitrary and harassing restrictions on the exercise of a constitutional right," Coulter told "Hannity" on Thursday night. "None of this has to do with security."

The conservative commentator initially agreed to speak at Berkeley on April 27 after college Republicans invited her, but the school canceled on Wednesday citing threats of rioting and other violence. Still, Coulter said she would show up anyway.

ANN COULTER VOWS TO SPEAK AT BERKELEY AFTER EVENT CALLED OFF

"What are they going to do? Arrest me?" she asked Tucker Carlson that evening.

By Thursday, the university announced it could round up the proper security to let her speak on May 2. The school's academic calendar shows that it falls in a "Reading/Review/Recitation Week" after the end of formal classes but before final exams.

"I'm speaking at Berkeley on April 27th, as I was invited to do and have a contract to do," Coulter tweeted. She also claimed she was unavailable May 2.

NY'S FREE-TUITION PROGRAM BLASTED BY BOTH RIGHT AND LEFT

It was the latest skirmish in a free-speech fight involving conservative voices on college campuses across the country, including at Berkeley. In February, masked rioters at the school smashed windows, set fires, and shut down an appearance by former Breitbart News editor Milo Yiannopoulos. Last week, the Berkeley College Republicans said threats of violence forced them to cancel a speech by writer David Horowitz. Writer Charles Murray's appearance at Middlebury saw riots last month, and Heather Mac Donald's speech at Claremont McKenna College was streamed online earlier this month after protesters blocked the door to the venue.

Chancellor Nicholas B. Dirks told a news conference that police had "very specific intelligence regarding threats that could pose a grave danger to the speaker," her audience, and protesters if the event goes ahead next Thursday. He urged Coulter to speak at the later date instead, when the university can provide an "appropriate, protectable venue."

The Berkeley College Republicans invited Coulter to speak on the subject of illegal immigration.

Campus spokesman Dan Moguluf said Coulter's promise "to come to the campus come what may" prompted Dirks to launch an expanded search beyond the usual venues for high-profile speakers to find one where officials can ensure safety.

Berkeley has been the site of clashes between far-right and far-left protesters, most recently at a rally last weekend called in support of President Donald Trump in downtown Berkeley.

Mogulof said campus police learned that some of the groups that appeared to be responsible for the violence last weekend and at the Yiannopoulos event "planned to target the appearance of Ann Coulter on campus."