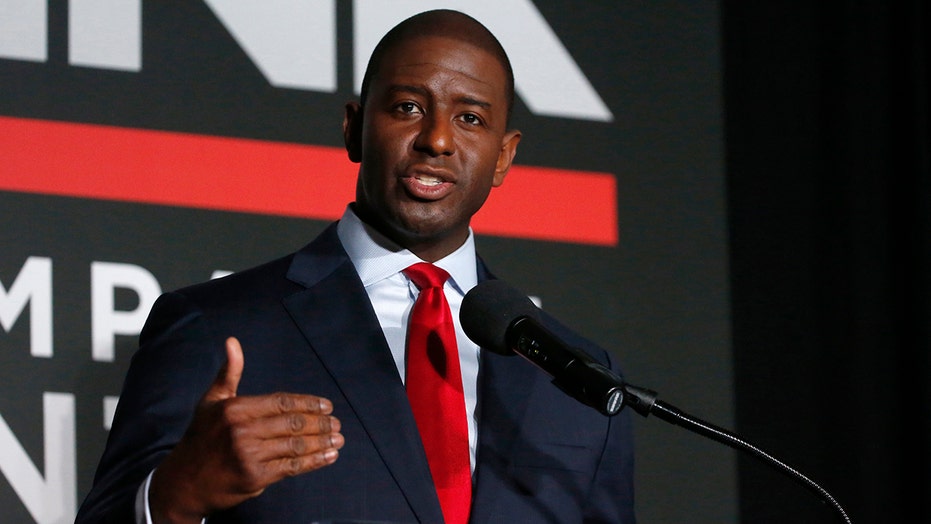 CNN contributor and former Democratic candidate for Florida governor, Andrew Gillum, was found "inebriated" early Friday morning in a hotel where meth was also recovered, according to a Miami Beach, Fla., police report.

Gillum, 40, was in the room at the Mondrian Hotel in South Beach with two other men when police arrived shortly after midnight, according to the report obtained by Fox News.

Police said they were called in response to an apparent drug overdose involving one of the other men.

“Officers then attempted to speak to Mr. Gillum,” an officer wrote in the incident report. "Mr. Giullum was unable to communicate with officers due to his inebriated state.”

Paramedics responded a second time to the hotel to conduct a welfare check on Gillum, the report says.

“Fire Rescue stated that he was in stable condition and his vitals were normal,” the report says.

Gillum denied using methamphetamines and said he was in Miami celebrating a wedding in a statement to the Miami Herald.

"I was in Miami last night for a wedding celebration when first responders were called to assist one of my friends,” Gillum told a Miami Herald reporter. “While I had too much to drink, I want to be clear that I have never used methamphetamines.

"I apologize to the people of Florida for the distraction this has caused our movement. I’m thankful to the incredible Miami Beach EMS team for their efforts. I will spend the next few weeks with my family and appreciate privacy during this time."

The incident report says that officers observed in plain sight three small clear plastic baggies containing suspected crystal meth on both the bed and floor of the room.

Gillum left the hotel and returned to his residence without incident, the report says.

“At this time the incident is not being investigated as a criminal matter,” Miami Beach Police spokesman Ernesto Rodriguez told Fox News.

The person who suffered the drug overdose was identified in the police report as Travis Dyson, 30. He was hospitalized.

The Miami New Times reported that it “reached Dyson by phone just after noon” on Friday and he “seemed confused” when was asked about Gillum’s statement.

"I personally was not celebrating a wedding. I don't know if [Gillum] was in town for a wedding. He did not mention that… we've been friends for a while," Dyson told the Miami New Times, noting the CNN contributor then “went silent on the phone and did not answer subsequent calls” from the local paper.

The man who called police, Aldo Mejias, 56, told them that he gave Dyson his credit card to rent a room.

He told police, according to the report, that when he arrived in the room he discovered Dyson and Gillum under the influence of an unknown substance.

“Mr. Mejias observed Mr. Gillum inside of the bathroom vomiting,” the report says. He then performed CPR on Dyson.

Gillum joined CNN as a political commentator in January 2019.

Gillum had served as mayor of Tallahassee and ran for governor in 2018. He was defeated by Republican Ron DeSantis in a close race.

He was investigated for ethics violations as mayor.