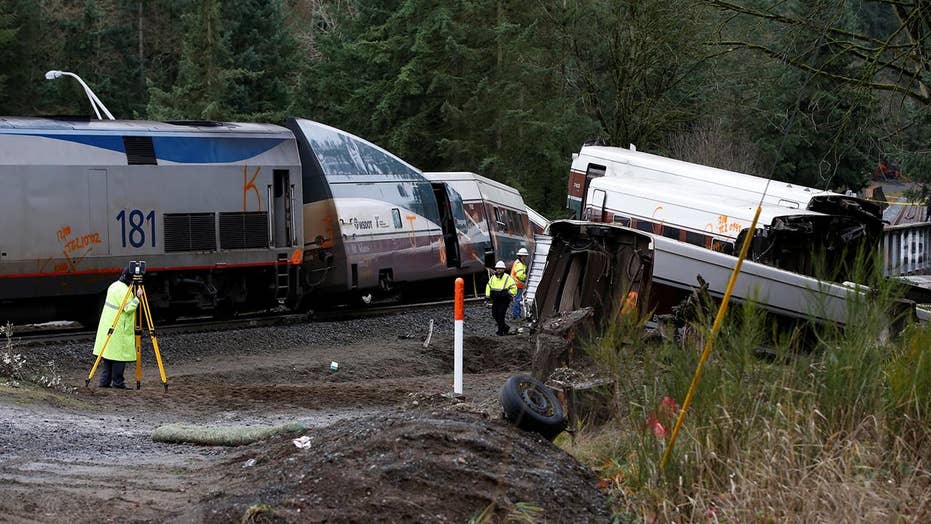 Claudia Cowan reports on the NTSB probe into the speeding Amtrak train.

An Amtrak train that derailed Monday during its inaugural ride on a new line in Washington state was traveling at 80 mph in a 30 mph zone, the National Transportation Safety Board said, citing data recorder information.

Bella Dinh-Zarr, an NTSB board member, said at a news conference late Monday that information from the data recorder in the rear locomotive provided information about the train’s speed.

At least three people were killed in the derailment, and more than 70 others were taken to a hospital for medical treatment, police said.

Dinh-Zarr said it was not yet known what caused the train to derail and that it was "too early to tell" why the train was going so fast.

Transportation Department spokeswoman Barbara LaBoe said earlier Monday the curve where the train was crossing has a speed limit of 30 mph, the Seattle Times reported.

“Engineers are trained to slow trains according to posted speeds,” LaBoe said.

Additionally, Amtrak President Richard Anderson told reporters in a conference call that Positive Train Control – the technology that can slow or stop a speeding train – wasn’t in use on the stretch of track where the derailment unfolded.

The FBI said in a statement that there was no information to suggest a nexus to terrorism or any elevated risk to Washington residents. The agency was assisting the NTSB in its investigation. 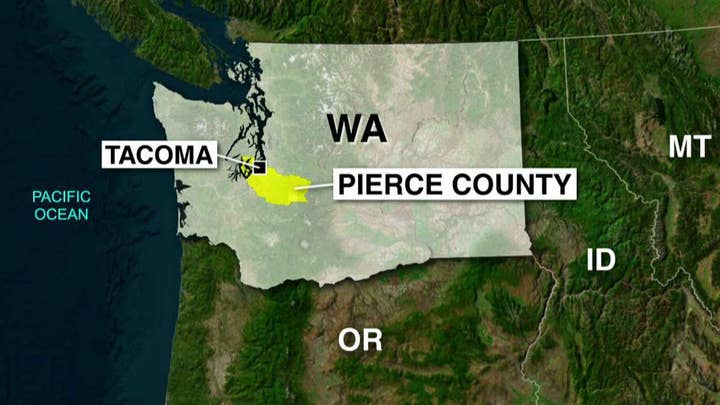 Emma Shafer said she found herself at a 45-degree angle staring at the seats in front of her that had dislodged and swung around.

"It felt oddly silent after the actual crashing," Shafer said. "Then there was people screaming because their leg was messed up. ... I don't know if I actually heard the sirens, but they were there. A guy was like, 'Hey, I'm Robert. We'll get you out of here.'"

Aleksander Kristiansen, a 24-year-old exchange student at the University of Washington from Copenhagen, was going to Portland to visit the city for the day.

"I was just coming out of the bathroom when the accident happened. My car just started shaking really, really badly," he said.

The back of his train car was wide open because it had separated from the rest of the train, so he and others were able to jump out to safety.

A track chart prepared by the Washington State Department of Transportation shows the maximum speed drops from 79 mph to 30 mph for passenger trains just before the tracks curve to cross Interstate 5, which is where the train went off the tracks.

The chart, dated Feb. 7, was submitted to the Federal Railroad Administration in anticipation of the start of passenger service along a new bypass route that shaves off 10 minutes for the trip between Seattle and Portland, Ore.

Photos from the scene showed at least one train car completely detached and fallen onto Interstate 5 below, while another dangled in the air. Drivers on the highway were injured, but none were killed, police said.