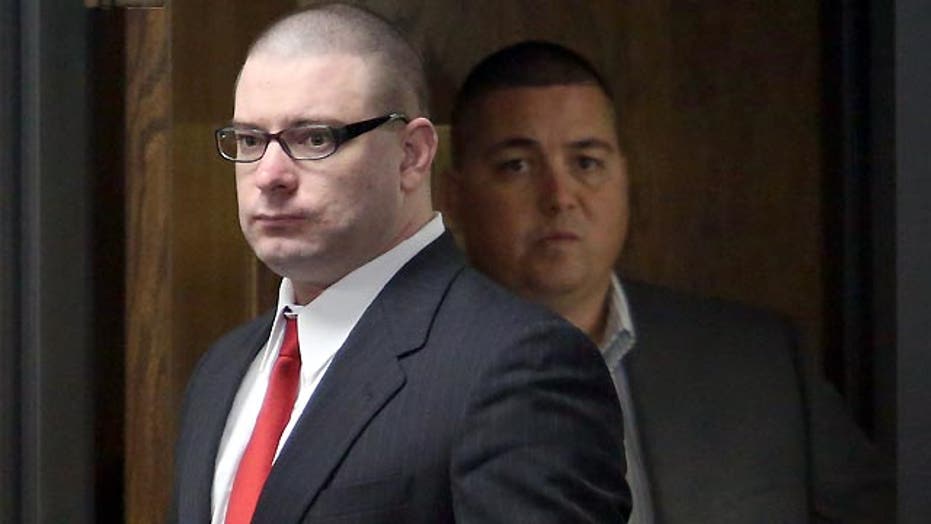 The body of Chris Kyle, the former sniper killed at a rural Texas gun range in 2013, was located by rangers wearing a loaded 1911-style semiautomatic pistol that was still holstered and with its safety on, a Texas Ranger testified on Thursday.

"The only weapons on the scene that were loaded were two 1911-style handguns," Michael Adcock, the ranger, told the court, according to Reuters. Both Kyle and his friend Chad Littlefield were found wearing the guns. The ranger went on to say it appeared that both men were unable to remove the guns from their holsters.

Defense attorneys are seeking an insanity defense for Eddie Ray Routh, 27, who faces life in prison without parole if convicted of capital murder. Kyle had taken the troubled Marine to the shooting range after Routh's mother asked Kyle if he could help him.

Erath County District Attorney Alan Nash described Routh as "a troubled young man" who, on the morning of the killings, numbed himself with marijuana and whiskey. He said a history of mental illness should not absolve Routh in the deaths.

"The evidence will show that mental illnesses, even the ones that this defendant may or may not have, don't deprive people from being good citizens, to know right from wrong," Nash said.

Tim Moore, an attorney for Routh, said Kyle and Littlefield's text exchange shows how Routh was spiraling out of control. He told jurors that Routh was suffering from severe mental strain that day and thought he needed to kill the two or they would turn on him.

Routh was a small arms technician who served in Iraq and was deployed to earthquake-ravaged Haiti before leaving the Marines in 2010. Authorities say that after the shootings, Routh drove to his sister's house in Kyle's truck, admitted to the killings and told his sister "people were sucking his soul."