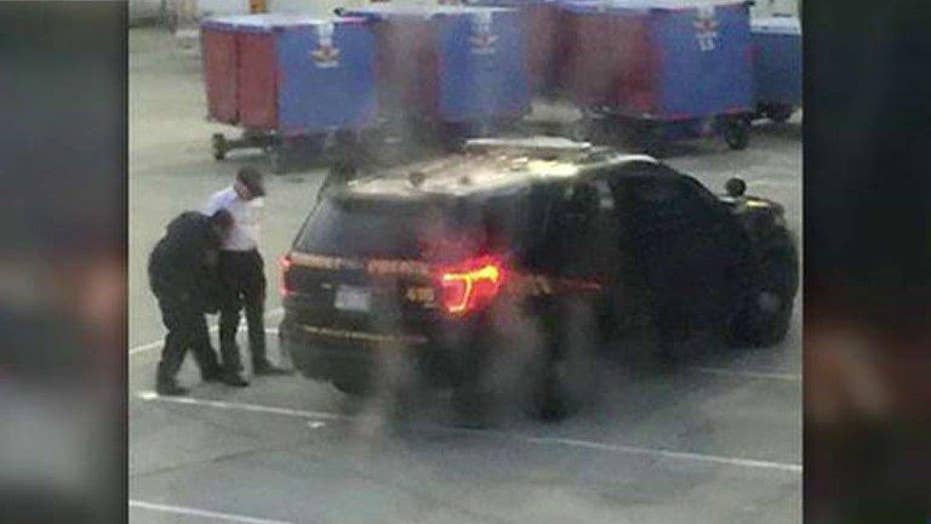 Fright on the flight deck

An American Airlines co-pilot was detained at Detroit Metropolitan Airport after he was suspected of being drunk, federal authorities said Saturday.

The Federal Aviation Administration said the co-pilot was held from a Saturday morning flight from Detroit to Philadelphia. He was suspected of having a blood-alcohol level above the legal limit.

Airport spokesman Michael Conway said the pilot was released after being detained when he arrived at the facility. Fox 2 Detroit reported that an on-site Breathalyzer test was performed and he failed two sobriety tests before being taken into custody.

Authorities will determine whether charged will be filed, he said. The pilot, who is believed to be about 50-years-old and from Pennsylvania, hasn’t been identified.

American Airlines said in a statement the flight was cancelled and customers are taking other flights.

"American Airlines Flight 736 from Detroit to Philadelphia has been canceled and we are currently re-accommodating our customers on other flights,” the statement said.

“Safety is our highest priority and we apologize to our customers for the disruption to their travel plans. We are assisting local law enforcement. Further questions should be referred to them."

Some prospective passengers told Fox 2 Detroit they feel flight crews need to be checked out as a precautionary measure before flying.

“It actually is scary especially because me sending my 18-year-old to North Carolina,” passenger D’Aundra Hines told the station. “I'm kinda putting her life in their hands, so it's making me a little bit nervous now to send her off on this flight.”