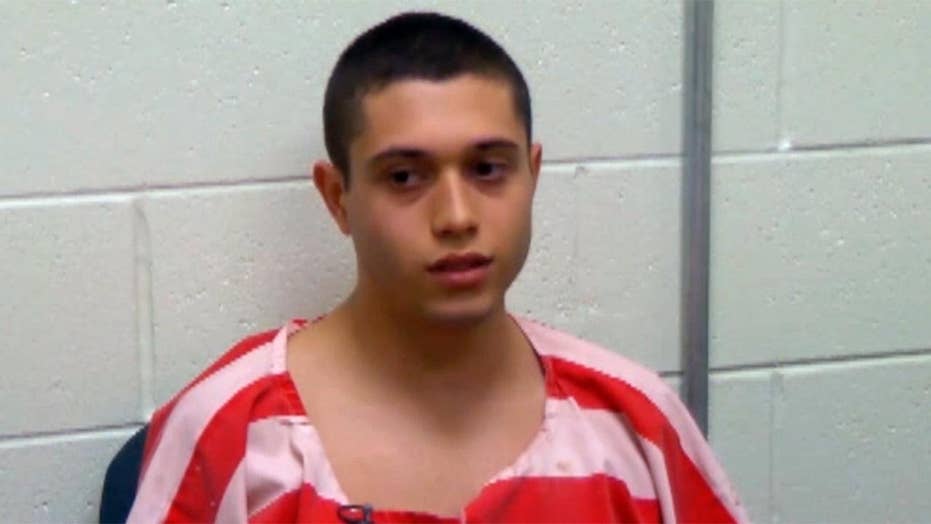 19-year-old Sky Bouche sits down with reporter in jailhouse interview saying shooting at Forest High School in Ocala, Florida was cry for help.

A 19-year-old man accused of firing his gun inside a West Palm Beach, Fla., high school last week said he carried out the shooting to “scare people” and did not intend to hurt anyone.

Sky Bouche told FOX35 he fired his gun in the Forest High School classroom last Friday because he wanted to instill fear among his peers.

"I prepared to go and scare people," Bouche told the news station. "Put my shotgun in my guitar case, took two pills, grabbed my tactical vest and went down to Forest.”

Bouche recalled seeing a girl walk past him, but he decided to open fire into a classroom, striking a 17-year-old male student in the ankle. Authorities received a call at 8:39 a.m. and Bouche was in custody by 8:42 a.m.

“I didn’t want to shoot or kill people. At that point the adrenaline and excitement just faded immediately,” he said. "I could have pumped the shotgun. I didn't, I just dropped it.”

He added he fired his gun because it has been “built up since” he was a child because he was neglected and suffered from mental illnesses, though he did not specify his condition. Authorities said Bouche initially planned a Friday the 13th shooting at a church, but decided to carry out the act in a school to gain more media attention.

"There's nothing I could say, I could say sorry all I want, but he can think what he wants," Bouche said about his victim who he did not know prior to the incident.

Bouche was charged with terrorism, aggravated assault with a firearm, culpable negligence, carrying a concealed firearm, possession of a firearm on school property and several other gun charges.