Hoda Muthana is an Alabama woman who left home to join the Islamic State group after becoming radicalized online. She now wants to return to the U.S., a lawyer for her family said this week. (Hoda Muthana/Attorney Hassan Shibly via Associated Press)

The father of an Alabama woman who left the U.S. to join the Islamic State group filed a lawsuit against the Trump administration this week, seeking the return of his daughter and her child to the United States, according to reports.

In the federal court filing, Ahmed Ali Muthana argues that his daughter, Hoda Muthana, 24, is an American citizen by birth and that the Trump administration should recognize her citizenship and "accept Ms. Muthana and her son back into the United States and to use all available means to do so," the Washington Post reported.

On Wednesday, Secertary of State Mike Pompeo said the woman is not a U.S. citizen and will not be admitted into the country.

Hoda Muthana is currently in a Syrian refugee camp with her 18-month-old son after surrendering to Kurdish forces and fleeing the remnants of the Islamic State group (ISIS), a militant group she once praised but has since renounced, the Los Angeles Times reported.

Before heading to Syria at age 20 to become a so-called "ISIS wife" in a marriage to an Islamic State fighter, the woman was a student at the University of Alabama at Birmingham.

Her lawyers said in a statement that she expects to be charged with providing material support to terrorism if she is allowed to return to the U.S.

"Ms. Muthana has publicly acknowledged her actions and accepted full responsibility for those actions," the lawyers said. "In Ms. Muthana's words, she recognizes that she has 'ruined' her own life, but she does not want to ruin the life of her young child."

Hoda Mthana now says she wants her son to grow up as an American citizen.

“I know I’ve ruined my future and my son’s future and I deeply, deeply regret it,” she told the Guardian on Monday. 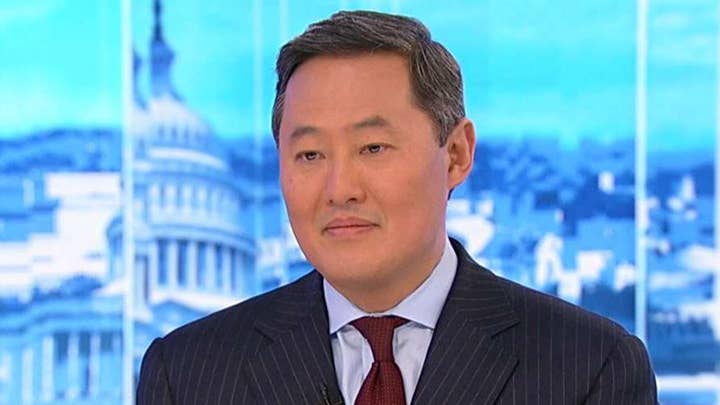 At the heart of the issue is her citizenship status. The family and their lawyers say they were told that the U.S. determined she did not qualify for citizenship because her father was a Yemeni diplomat at the time of her birth.

But the family argues that is incorrect. They say her father ceased to be a diplomat before she was born in Hackensack, N.J., and that she had a legitimate passport when she left the U.S. to join the Islamic State in Syria in 2014.

President Trump tweeted Wednesday that he had instructed Pompeo on the matter, "and he fully agrees, not to allow Hoda Muthana back into the country!"

The lawyer of the federal lawsuit, Charles Swift, a former Navy commander, told the Post that the nation's highest principles "matter most when they're inconvenient," tested by people accused of heinous acts.