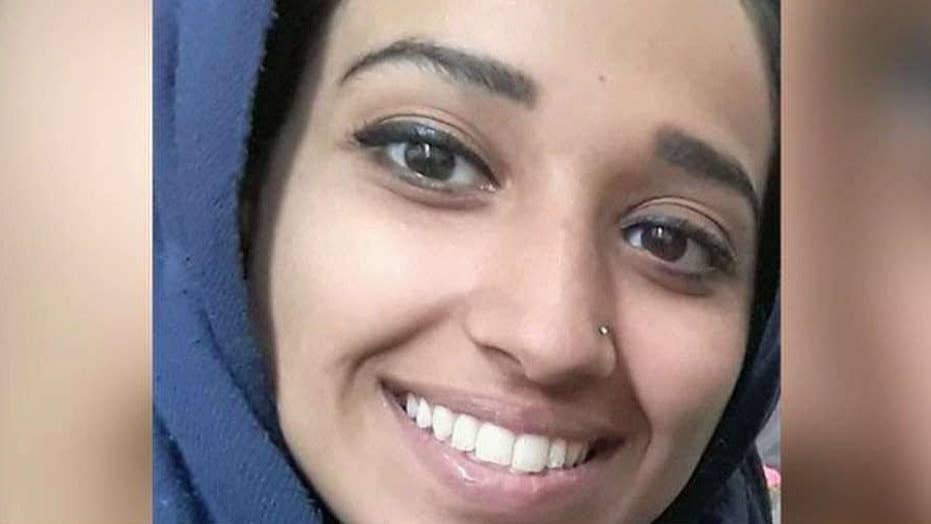 Lester Munson says studies show the longer a person is involved with a terrorist group, the more dedicated they are to the ideology.

The Alabama woman demanding to be let back into America after leaving years ago to join ISIS should be allowed to face the U.S. criminal justice system, a Democrat senator says.

The comments from Alabama Sen. Doug Jones stand in contrast to statements made last week by Secretary of State Mike Pompeo and President Trump, who both vowed to keep Hoda Muthana off U.S. soil.

“While I certainly understand the initial reaction to prohibit Hoda Muthana from coming back to the United States, I am concerned that allowing anyone who has committed crimes against the people of this country to remain beyond the reach of our justice system is the wrong approach and sends the wrong message," Jones said Sunday in a statement to AL.com. “My view is that she should absolutely be brought to justice for inciting violence against Americans. Doing so would send a powerful message that any American who lends support to a terrorist organization will be pursued to the fullest extent of the law.”

ISIS BRIDE’S FATHER SUING TRUMP, US TO LET HER BACK INTO THE COUNTRY

Muthana’s father filed a lawsuit last week arguing his daughter and her 18-month-old son should be allowed to return to America, and her citizenship – which the U.S. government disputes – should be recognized. Muthana and her daughter currently are living at a Kurdish-controlled refugee camp in northeast Syria.

A lawyer representing Muthana’s family also told Fox News she "is willing to pay whatever debts she has to society” – even if it means serving a lengthy prison sentence.

In 2015, Muthana allegedly operated a Twitter account that, on at least one occasion, tried to incite Americans to commit acts of violence on national holidays.

Jones told AL.com that, while “I can’t speak to the facts about Muthana’s citizenship status, as a former U.S. Attorney I have full faith in our justice system to hold her accountable for her actions if she were to return to the United States.”