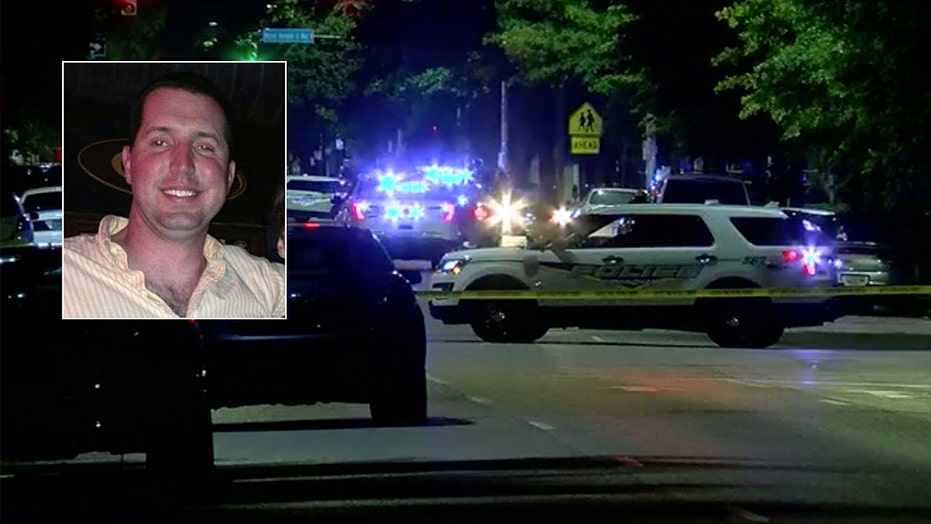 An Alabama police officer was shot and wounded and a suspect was killed after an armed robbery at a local convenience store turned into a deadly shootout Wednesday night.

Police were dispatched to the 500 block of 23rd St. N. in downtown Birmingham at about 6:30 p.m. amid reports of an armed robbery in progress at a convenience store, Birmingham Police Chief Patrick Smith told reporters.

Once on the scene, officers said they saw a man fleeing the area that matched the description of the suspect involved. Smith said the officers encountered the man and attempted to stop him when he pulled out a handgun and began firing.

Officer Cullen Stafford was struck "multiple times" during a shootout Wednesday. He was a 9-year veteran with the Birmingham Police Department. He joined the force on July 18, 2011.

Stafford was seriously injured as fellow officers put him in a police cruiser and rushed him to University of Alabama Hospital’s Trauma Center, roughly 2 miles from the initial scene, WBRC reported.

Smith said that back up was called in and the suspect “further engaged” police at three different locations. Officers fired “multiple rounds” at the suspect and he was eventually fatally shot near a parking structure, around three to four blocks away from the original crime scene.

“It’s very difficult for everyone but this is a tough job. We have officers who are here that we’ve provided a lot of training, a lot of support,” Smith said.

Stafford was a 9-year veteran with the Birmingham Police Department. He joined the force on July 18, 2011. He is set to turn 36 on Thursday.

Smith would not release the identity of the suspect or comment on his description.

Police set an initial perimeter around five blocks after Wednesday night’s shooting. A second officer was injured during the pursuit although Smith said it was not a gun-related injury.