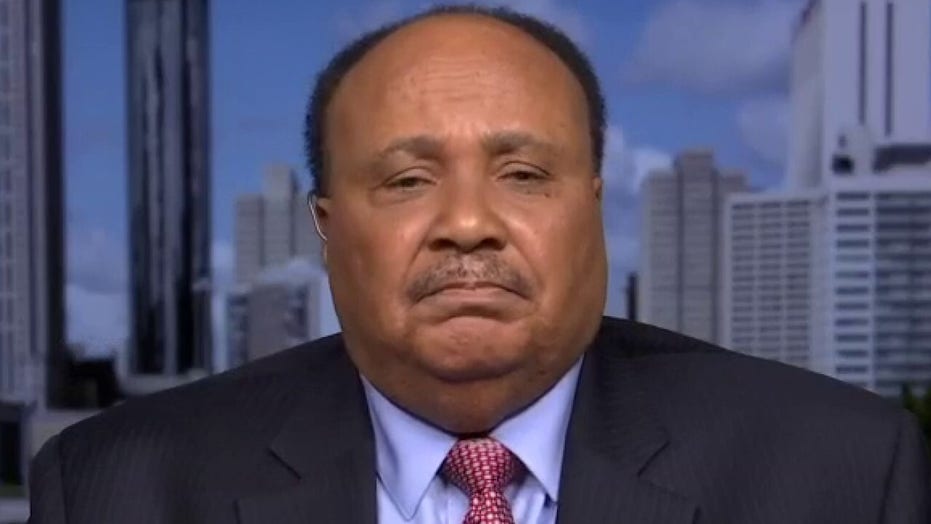 Death row inmate Nathaniel Woods Jr. was executed by lethal injection at 9:01 p.m. Thursday for his role in the 2004 killings of three Alabama police officers -- who were shot by another man at a suspected drug house.

Woods, 43, had no last words before becoming the first person to be executed in the state this year, despite efforts on his behalf by Martin Luther King III, Kim Kardashian West, and other supporters.

The U.S. Supreme Court denied a request to halt the proceeding Thursday after issuing a temporary stay hours earlier. It was carried out after Alabama Gov. Kay Ivey told the attorney for Woods she had denied a request for clemency.

"After thorough and careful consideration of the facts surrounding the case I concluded that the state of Alabama should carry out Mr. Woods' lawfully imposed sentence this evening," Ivey said. "This is not a decision that I take lightly, but I firmly believe in the rule of law and that justice must be served."

Death-row inmate Nathaniel Woods Jr., 43, was executed in Alabama on Thursday after being convicted of capital murder for his role in another defendant's killing of three Birmingham police officers in 2004. (Alabama Department of Corrections via AP)

Woods and Kerry Spencer were convicted of capital murder and sentenced in the slayings of three Alabama officers, who were killed in a hail of gunfire in Birmingham. A fourth officer was wounded and survived.

Prosecutors said Spencer fired at the officers with a high-powered rifle in the apartment after Woods lured them in. Woods was convicted as an accomplice.

Supporters of Woods argued that Spencer was the only person responsible for the deaths and that Woods received an unfair trial in 2005.

“'He is actually innocent,” Woods' sister, Pamela Woods, told reporters outside the prison earlier on Thursday. “Kerry Spencer, the actual shooter, has stated many times that he did it on his own with no help from anyone."

Family members of condemned Alabama inmate Nathaniel Woods speak to reporters outside Holman Correctional Facility ahead of his scheduled execution on Thursday, March 5, 2020 in Atmore, Ala. (Associated Press)

Other advocates for Woods, including King, a son of civil rights leader Martin Luther King Jr., had waged an appeal, reaching out to Ivey to stop the execution as the case received national attention.

“Killing this African American man, whose case appears to have been strongly mishandled by the courts, could produce an irreversible injustice. Are you willing to allow a potentially innocent man to be executed?” King wrote to Ivey.

CAPITAL PUNISHMENT, WHICH STATES HAVE IT AND WHAT METHODS DO THEY USE?

U.S. Sen. Doug Jones, D-Ala., tweeted Thursday that he reached out to Ivey's office and expressed his concerns about the case to her chief of staff.

"Given the questions and mitigating issues involved in this case -- and the finality of a death sentence -- a delay is warranted to provide time for a thorough review of all the facts and circumstances to truly ensure that justice is done," he said.

Ivey said Woods' conviction had been reviewed at least nine times and no court found a reason to overturn the jury's decision.

"Under Alabama law, someone who helps kill a police officer is just as guilty as the person who directly commits the crime," she said. "Since 1983, Alabama has executed two individuals for being an accomplice to capital murder."

During the killing, the four officers approached the house where Woods and Spencer were believed to have dealt drugs. After talking to Woods through a backdoor, Owen and Chisholm entered. The two officers were found dead near the kitchen, while Bennett was killed near the front door.

Spencer wrote a letter, obtained by Fox News on Thursday, saying Woods was "100% innocent" and saying he was "unjustly" charged, tried and convicted.

Kerry Spencer, who admitted to killing three police officers, wrote a letter saying Nathaniel Woods, who is on death row, is "100% innocent" and was "unjustly" charged, tried and convicted.

"I know this to be a fact because I'm the person that shot and killed all three of the officers that Nathaniel was subsequently charged and convicted of murdering," he wrote.

Attorneys asked the Supreme Court to stay the execution over lack of information given to inmates over the execution method. The court temporarily delayed the planned execution Thursday to consider his final appeals, but two hours later they said it could proceed. A separate stay was also denied that argued Woods had an ineffective counsel for most of his trial and appeal.

Kim Kardashian West asked her followers to "join the coalition" in urging Ivey and state Attorney General Steve Marshall to stay Woods's execution. She had successfully advocated for the release of convicted criminal Alice Marie Johnson in a 2018 meeting with President Trump.

"#NathanielWoods is scheduled to be executed in Alabama TONIGHT for murders he did NOT commit," West wrote.

"Tonight justice has been served," Marshall wrote. "Nathaniel Woods one of two cop killers in the bloodiest day in the Birmingham police department has met his just fate."

No execution date has been set for Spencer.

Fox News' Caleb Parke and the Associated Press contributed to this report.