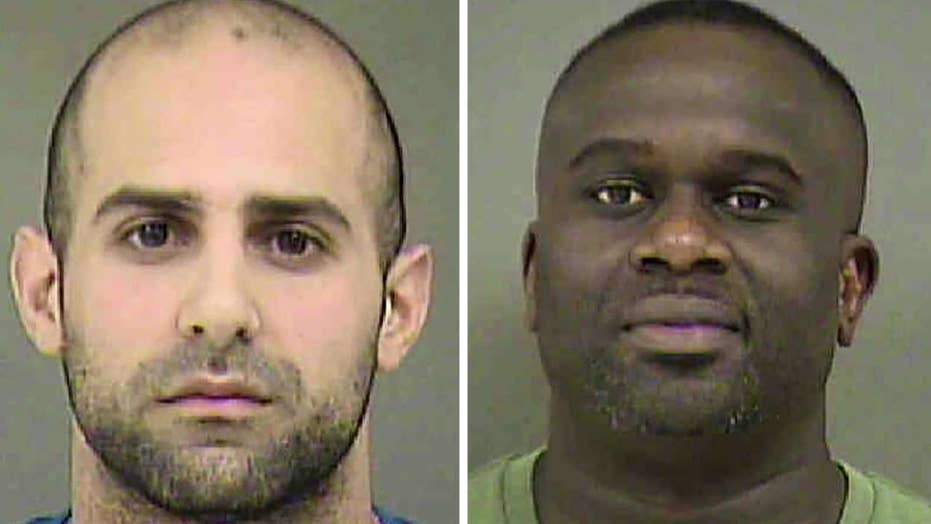 Police say they arrested the air traffic controller for transporting and acquiring a weapon of mass destruction.

A North Carolina air traffic controller with access to a control tower was arrested Friday for possessing, transporting and acquiring a weapon of mass destruction, police said.

Paul George Dandan, 30, was booked along with his roommate, Derrick Fells, in Charlotte, local reports said.

The arrests arose out of an investigation into a Nov. 3 call to police concerning an individual with an explosive, according to WCNC in Charlotte.

Police said that Fells admitted building a pipe bomb to use against a neighbor, but later decided to give the explosive device to Dandan instead, WCNC and other local outlets reported.

The Federal Aviation Administration immediately fired Dandan after his arrest and revoked his access to Charlotte Douglas International Airport.

Authorities at the airport stressed that Dandan only had access to an offsite air traffic control tower.

“The FAA employee only had access to the offsite Air Traffic Control Tower and had no access to the restricted areas of the terminal or ramp," the Charlotte Douglas Airport said in a statement. "He did not have access to any aircraft at the Airport.”

Dandan is being held at a county jail on $45,000 bond, according to the Mecklenberg County Sheriff's Office.

The FBI is assisting local police with the investigation but said federal charges aren't expected at the moment.