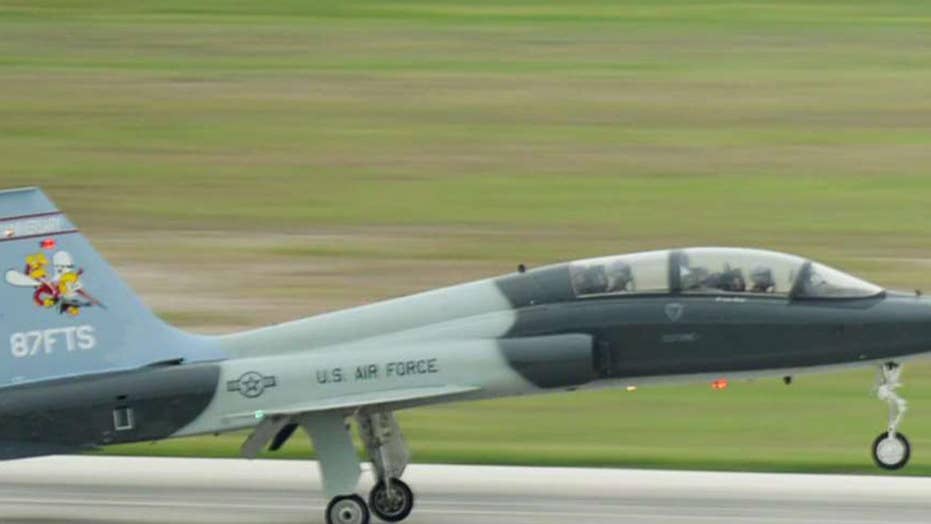 The Air Force T-38 Talon II crashed in a remote area near the Columbus Air Force Base, Mississippi.

The two pilots were rushed to a local hospital for evaluation. Local law enforcement and first responders were on the scene.

The T-38 is used to train Air Force pilots how to fly jets.

First responders extinguished the fire and were securing the area. There are no houses or other structures in the immediate area of the crash.

The Air Force crash today marks the fifth U.S. Air Force non-combat aviation crash of 2018 versus seven for all of last year:

The crash took place hours before Defense Secretary Jim Mattis was scheduled to deliver a commencement address at the U.S. Air Force Academy in Colorado Springs.

The training jet crash on Wednesday came weeks after an Air Force cargo plane crashed in Georgia, killing all nine aboard.