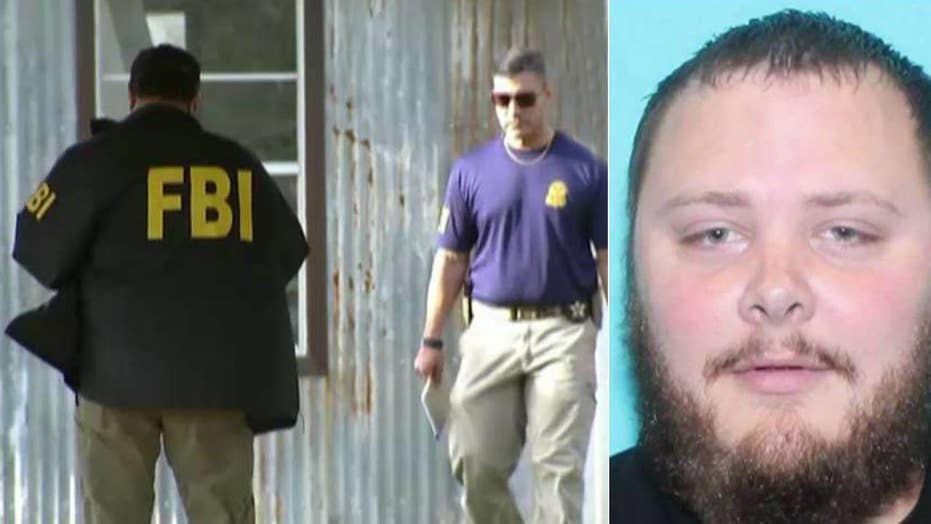 The Air Force's top civilian official acknowledged Thursday that the domestic abuse charges for which Texas church massacre gunman Devin Patrick Kelley was court-martialed in 2012 "should have been reported" to the FBI.

The Air Force had previously said that Kelley's conviction was not submitted to the FBI for entry into its National Criminal Information Center database, but it left open the question of whether it was obliged to do so.

Wilson said the Air Force had launched what she called a "'full-scale review" of Kelley's case "and all others like it."

Wilson did not say how many other cases were being investigated, but did say that Air Force investigators had interviewed "about 100 people involved in [Kelley's] case" since Sunday night.

It will take longer, she said, to finish a full review of Air Force databases to learn whether the problem is systemic. She said one database goes back to 2002 and another to 1996.

When asked by Fox News if she knew the Air Force had issues reporting service members' criminal histories to the FBI, Wilson answered, "I have been [Secretary of the Air Force] for five months. No, I did not know that before this."

The shooting at the First Baptist Church in Sutherland Springs, Texas killed 26 people and injured 20 others. Air Force Chief of Staff Gen. David Goldfein said 12 of the 26 victims had ties to the Air Force, "either [as] members or with family ties."

"Given its close proximity to both Randolph and Lackland Air Force Bases, this is a community with extensive ties to the Air Force," Goldfein said.

Kelley was convicted of assault against his wife and stepson in an Air Force court-martial in New Mexico in 2012 and served 12 months in confinement before being given a bad-conduct discharge in 2014.

An Air Force record of the Kelley court-martial says he pleaded guilty to multiple specifications of assault, including striking his wife, choking her with his hands and kicking her. He also was convicted of striking his stepson on the head and body "with a force likely to produce death or grievous bodily harm."

Earlier this week, a Pentagon official confirmed to Fox News that Kelley had briefly escaped from a New Mexico mental institution near the base where he was awaiting trial on the abuse charges.