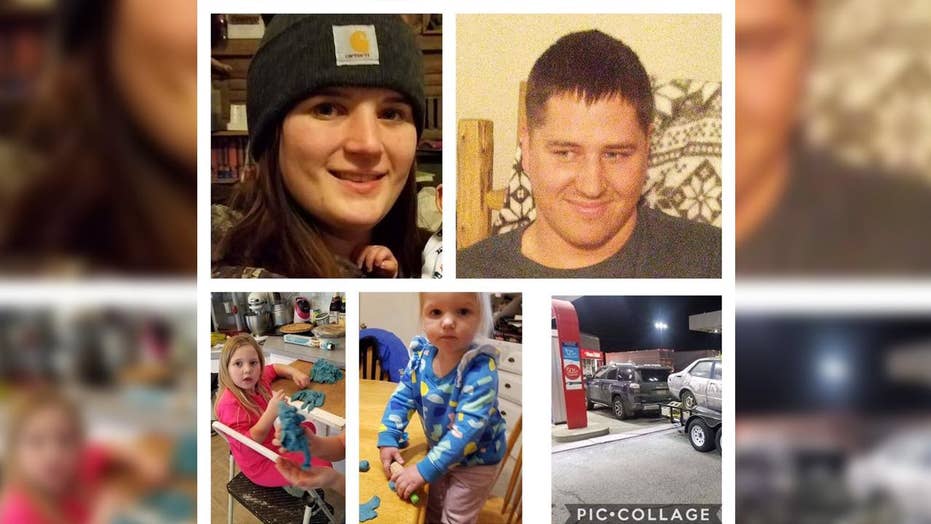 The Air Force reported that Staff Sgt. Anthony James Dean was killed in a crash involving an SUV. Also in the vehicle were Dean’s wife and two daughters, ages five and one.

An Air Force family reported missing in Montana on Thanksgiving Day has been found dead in their damaged SUV.

Chelsi and Anthony Dean and their children Kaytlin, 5, and Avri, 1. (GoFundMe)

Sgt. Dean, 25, was assigned to the 69th Maintenance Squadron at Grand Forks Air Force Base in North Dakota.

“Words are not enough during a time like this,” said Maj. Eric Inkenbrandt, 69th Maintenance Squadron commander. “AJ’s family brought a light to our maintenance community, and this loss strikes each of us deeply. May their friends and family be granted the strength and serenity to get through this sorrowful time.”

Chelsi and Anthony Dean, top and bottom left, and their children Kaytlin, 5, and Avri, 1.  (University of North Dakota Police)

They were traveling on Interstate 94 when their Toyota 4Runner went off the road and came to rest in a creek.

They were planning to drive from Caldwell, Idaho, to Ekalaka, Mont., for Thanksgiving, according to the paper