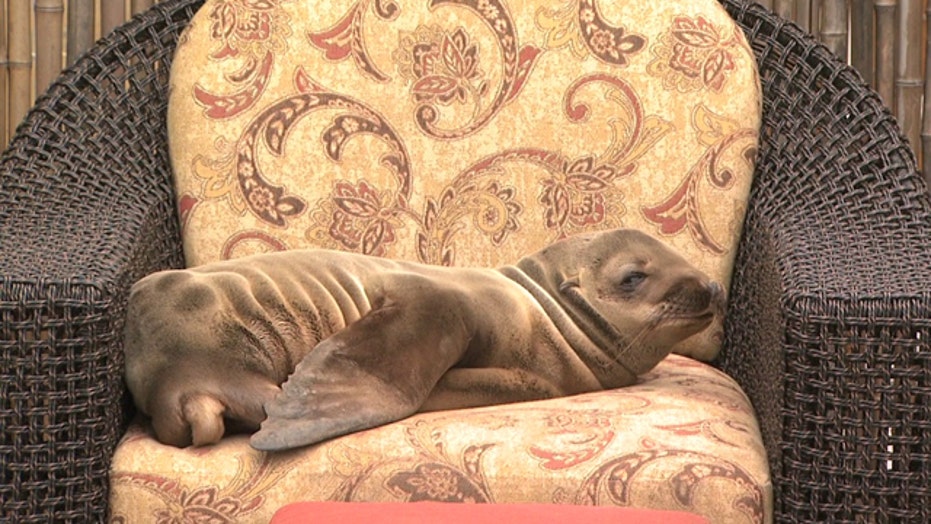 One very thirsty sea lion pup reportedly waddled into a California hotel Wednesday, where it proceeded to take a seat at the patio bar.

The pup reportedly walked from a nearby beach all the way "across the street, up the cobblestone driveway and onto a plush lounge chair in the hotel's open pavilion," according to AFP.

"I got an email saying that we had a sea lion pup lounging on our patio," said Shane Pappas, manager of the Pantai Inn in La Jolla.

The ailing sea lion pup reportedly was dehydrated and malnourished. Rescuers from SeaWorld San Diego picked her up from the hotel and brought her back to the park, where wildlife experts administered fluids and fed her from a tube, AFP reports.

SeaWorld will reportedly monitor the pup for six weeks and then re-release her into the wild.