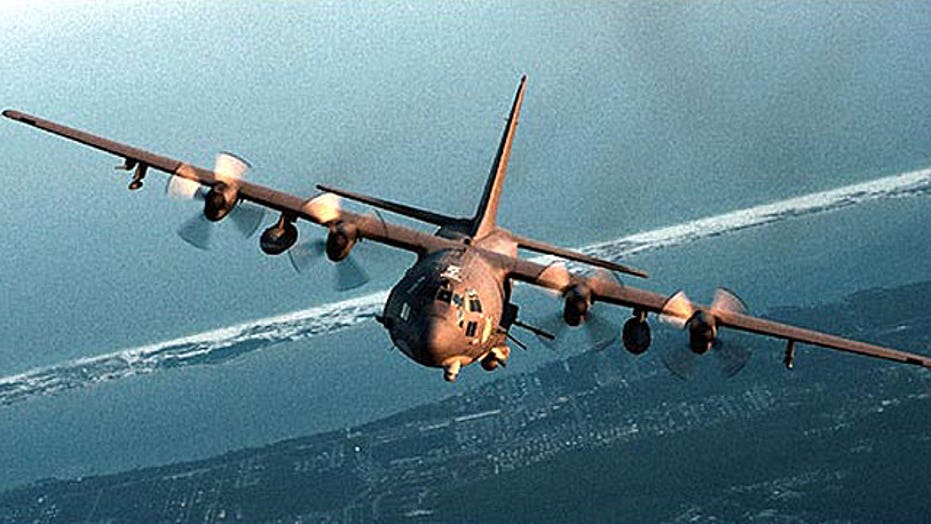 ATLANTA – Tim Nguyen regards the C-130 “Hercules” as a “good friend.” The 60-year-old military aircraft has been the focus of his professional career, and quite possibly saved his life.

During the 1975 Fall of Saigon, Nguyen -- then serving in the South Vietnamese air force -- escaped on the last C-130 out of Vietnam. During a lull in enemy fire, he emerged from a bunker at Tan Son Nhut Air Base to see the last flyable C-130 stopping and going on the taxiway.

The aircraft’s rear ramp was still open, apparently weighed down by the crowd of people standing on it.

“Every time (the pilot) jammed on the brake, it pushed the passengers forward,” Nguyen recalled. “It created more space in the back… So, I jumped in. Everybody jumped in. And a few minutes after that, the ramp door closed and we taxied out and departed.”

The plane landed safely at a U.S. air base in Thailand. Nguyen said the American soldiers there were visibly surprised as they watched 452 people disembark from a single plane.

Nguyen came to the U.S. as a refugee. He learned English and worked full-time to put himself through college.

He earned an engineering degree with the goal of working for the manufacturer of the aircraft that brought him to freedom. Lockheed Martin hired him in 1983.

“I felt like a child who finally gets the toy,” Nguyen said. “I crawled all over the airplane. I walked everywhere, tried to learn every piece of it… I’m still doing it now.”

Nguyen leads the development of defensive systems for the C-130 -- protecting the aircraft that once protected him.

He and the plane share another thing in common. Nguyen was celebrating his fourth birthday on the date the C-130 made its first flight: August 23, 1954.

“I don’t know if that’s something the old man up there set up or what,” Nguyen joked.

Sixty years later, the C-130 is still in production. Lockheed Martin has delivered more than 2,400 of the aircraft to 70 countries over the past six decades. The company estimates more than half of those planes are still in operation.

“It’s a very reliable, sturdy airplane,” said Col. Louis Patriquin, who has flown Air Force missions on C-130s into war zones and hurricanes. “Over the years, they’ve increased the capabilities -- essentially by giving it more power, making it more state of the art.”

Throughout its 60 years in service, the C-130 has pushed boundaries. It is the largest and heaviest plane to land on an aircraft carrier, and did so without a tail hook. Some individual C-130s have been outfitted with skis or rockets to take off and land in extreme conditions.

Conservative estimates suggest the last C-130 out of Vietnam was at least 10,000 pounds overweight as it carried 452 people to safety 39 years ago.

“I feel this is a magnificent machine,” Nguyen said. “And the sound of the engines, the look of the airplane… it will be in my mind forever.”