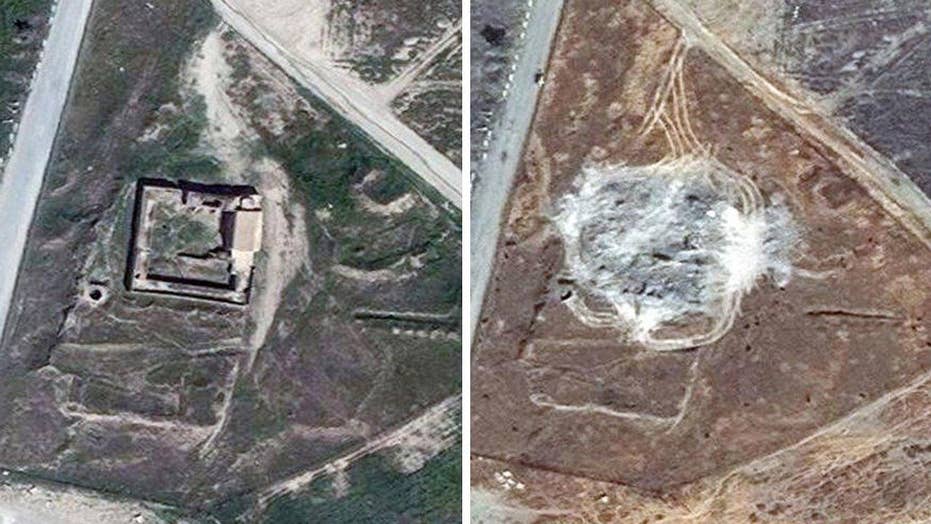 St. Elijah's Monastery stood as a place of worship for over a thousand years

The Christian Post obtained an early copy of a letter sent to President Barack Obama from more than 100 organizations and individuals, including Hudson Institute, Ethics and Religious Liberty Commission, Family Research Council, as well as Assyrian and Iraqi groups, urging his administration to declare Islamic State atrocities as genocide against all minorities, including Christians, and not just Yazidis.

"There is a growing chorus of political and faith leaders, genocide scholars, human rights experts and numerous Iraqi and Syrian, Christian and Yazidi firsthand testimonies recognizing that the most accurate description for the atrocities unfolding at the initiative of the Islamic State is genocide," reads the letter sent Wednesday by International Religious Freedom Roundtable, an informal and diverse group of non-governmental organizations and individuals which meets in Washington D.C.

The letter comes a week after Pope Francis and Patriarch Kirill stated in their historic joint statement that "whole families, villages and cities of our brothers and sisters in Christ are being completely exterminated."

Earlier this month, the European Parliament passed a resolution declaring that the Islamic State terror group, also known as ISIS or ISIL, "is committing genocide against Christians and Yazidis … (and) other religious and ethnic minorities."

Democratic presidential candidate and former Secretary of State Hillary Clinton has also used the word "genocide" to describe the Islamic States actions against Christians and other religious groups.

She said on Dec. 29, 2015: "I am now sure we have enough evidence, what is happening is genocide deliberately aimed at destroying lives and wiping out the existence of Christians and other religious minorities."