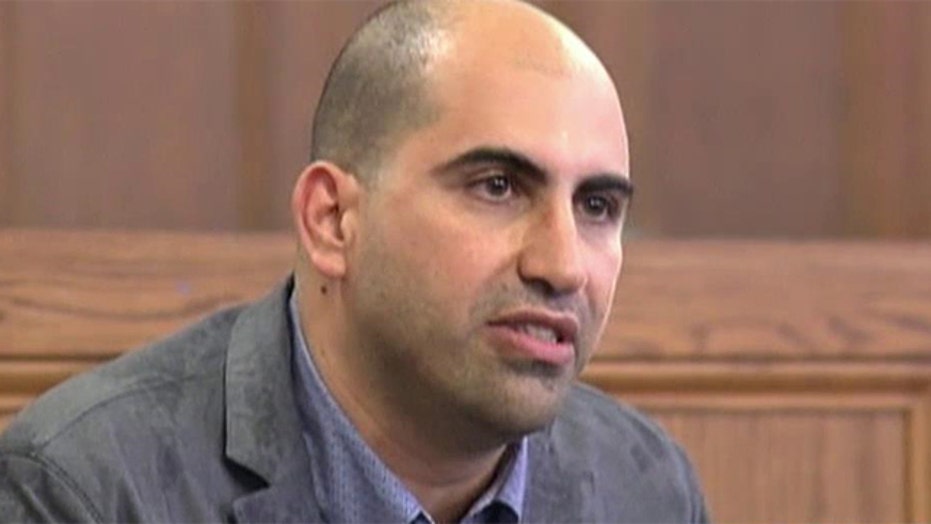 Prof. Steve Salaita says he intends to sue the university

A college professor who lost his job over anti-Semitic tweets is angry about losing the gig, but not sorry about his Twitter missives.

Steven Salaita, who was set to begin teaching at the University of Illinois this fall, says he was simply speaking his mind when he tweeted out messages during Israel’s military conflict in Gaza earlier this year. But the school deemed the tweets offensive and pulled its offer of a tenured position in its American Indian studies program.

“We believe that our classrooms ought to be a place where opinions, regardless of their origin or their perspective, ought to be able to be offered freely and students not feel intimidated or unable to express their opinion and that’s what led us to the decision,” said University of Illinois President Robert Easter.

A sampling of the tweets appears to show a strong bias against Israel:

"Zionists: transforming 'anti-Semitism' from something horrible into something honorable since 1948," read one.

And there was this one from June 20, after three Israeli teenagers went missing: "You may be too refined to say it, but I'm not:  I wish all the [expletive] West Bank settlers would go missing."

The university withdrew the job offer last month when it learned about the posts -- saying they crossed the line, drew too close to hate speech, and would likely make some students feel unsafe, uncomfortable and intimidated in his class.

Salaita isn’t apologizing for the tweets, such as this one from July 8:

"If you're defending #Israel right now, you're an awful human being."

And while the Palestinian-American professor says he regrets if anyone was offended by his posts, he insisted that the language he uses on Twitter isn’t reflective of how he handles his classroom, and that he has never browbeaten or criticized a student who disagrees with him.

"The way that I have always tweeted sort of has to do with the way things are happening in the moment politically and discursively," Salaita said.

The university’s decision has brought on a flood of criticism from academics across the country who say the school violated the professor’s rights of free-speech and academic liberty.

"The [university] administration's actions threaten the principles of free speech, academic freedom, and critical thought that should be the foundation of any university,” Salaita said at a press conference last week.

Nearly a dozen of the school’s academic departments have issued votes of no confidence in Chancellor Phyllis Wise. A number of professors scheduled to give lectures or attend conferences at the university this year are now boycotting.  And national organizations such as the American Association of University Professors have strongly criticized the decision.

But the university is standing by its decision, and maintains there is no possibility Salaita will teach on its campus.

“Our concern is, should he become a university employee, he would still be protected by his rights of free speech and academic freedom,” Easter told Fox News.  “The question is, will he at the same time respect those rights of others in the classroom.”