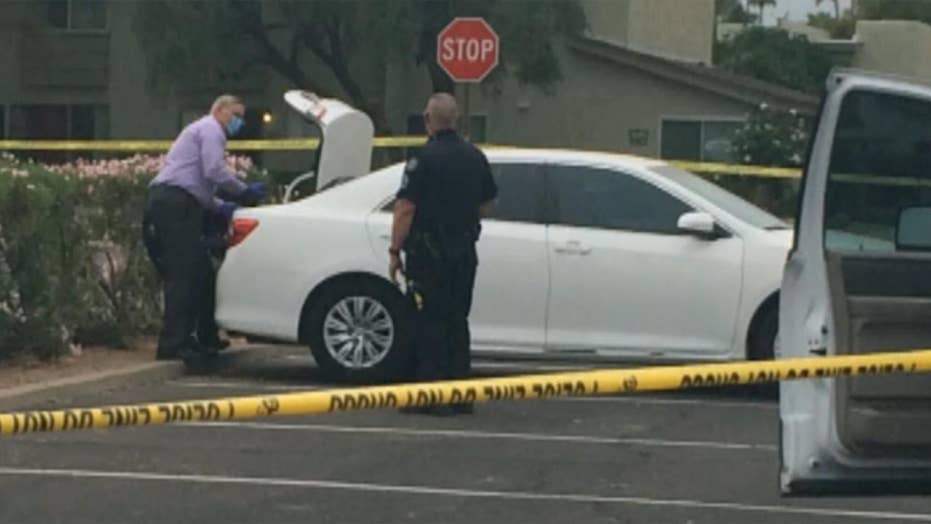 Police say the woman as able to escape after being tied up and put in the trunk of her car.

PHOENIX – A 94-year-old Phoenix woman freed herself from the trunk of her car hours after she was abducted from her condominium by a man who put her in the trunk, drove the car away and parked it at a shopping mall, police said Wednesday.

The woman's ordeal began early Tuesday when the man in his 30s forced his way into her home in the suburb of Scottsdale, said Sgt. Ben Hoster, a police spokesman.

The man tied the woman up, put her in the trunk of her four-door sedan and drove it a short distance to the Scottsdale Fashion Square mall, Hoster said.

The unidentified woman spent about seven hours in the trunk until she managed to get out. A passer-by saw her and called 911. The woman was taken to a hospital for an evaluation, but Hoster declined to comment on whether she suffered injuries.

Hoster also would not say whether the woman knew her kidnapper, how she freed herself from the trunk or if anything was stolen during the abduction. He said the investigation was still in its early stages.

Brian Czupek, who lives in the same complex as the victim, was walking home from the mall Tuesday afternoon when he saw police vehicles in the parking lot and officers with the victim.

"I thought someone was getting busted for something. I didn't know it was a kidnapping," Czupek said.

He realized the connection to his neighborhood when he saw the woman's home roped off with police tape.

Most residents of the complex are retired people who stay in Arizona during the winter, Czupek said.