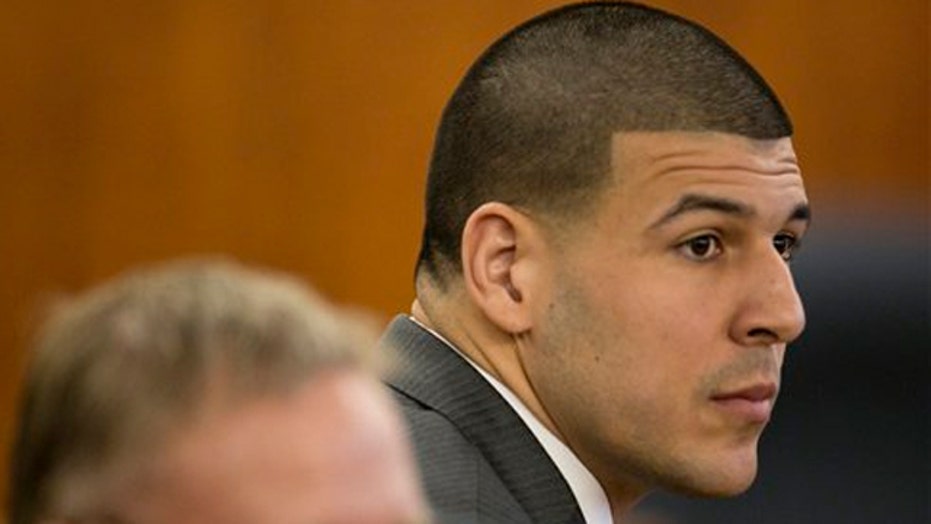 Aaron Hernandez, the former New England Patriots star tight end who was sentenced this week to life in prison for murdering his fiancee's sister's boyfriend in 2013, was placed on suicide watch at his Massachusetts prison, TMZ.com reported.

Hernandez has been held at MCI Cedar Junction since his Wednesday conviction. The TMZ report did specify what prompted the move by officials, but the report points out that it is not an uncommon move by prisons, especially when an inmate was recently handed a long sentence.

The report pointed out that Hernandez is separated from other inmates.

Hernandez was convicted in the murder of Odin Lloyd, a 27-year-old landscaper and amateur weekend football player. The conviction carries a sentence of life in prison without the possibility of parole. Hernandez faces further legal trouble: He is awaiting trial on murder charges in the drive-by shooting. He is accused of gunning down two men over a spilled drink at a nightclub.

The former Pro-Bowler, who commanded a salary of nearly $10 million per year and was one of the top young stars in the game as recently as three seasons ago.

He grew up in Connecticut, where he starred for Bristol Central High School. Heavily recruited, he initially committed to play for the University of Connecticut, but later switched to the University of Florida, where he played from 2007 to 2009. With the Gators, he became a starter as a sophomore, and starred in the 2009 BCS National Championship Game in which Florida beat the Oklahoma Sooners, 24–14. The next season, Hernandez was named a first-team All-American.

Hernandez declared for the NFL draft after his junior year, and was selected by the New England Patriots in the fourth round. Days after he was selected, The Boston Globe reported that Hernandez had failed multiple drug tests while in college.

As a pro, Hernandez became a rookie starter and scored six touchdowns in 14 games. He was named a Pro Bowl alternate in his second season, in 2011, and helped lead the Patriots to Super Bowl XLVI, which the team lost to the New York Giants 17-21.

After cutting Hernandez, the team immediately voided the remaining years on the contract and moved to recoup all of the signing bonus. Less than a year later, he was arrested for the murder of Lloyd and was soon cut by the Patriots, winners of this year’s Super Bowl.