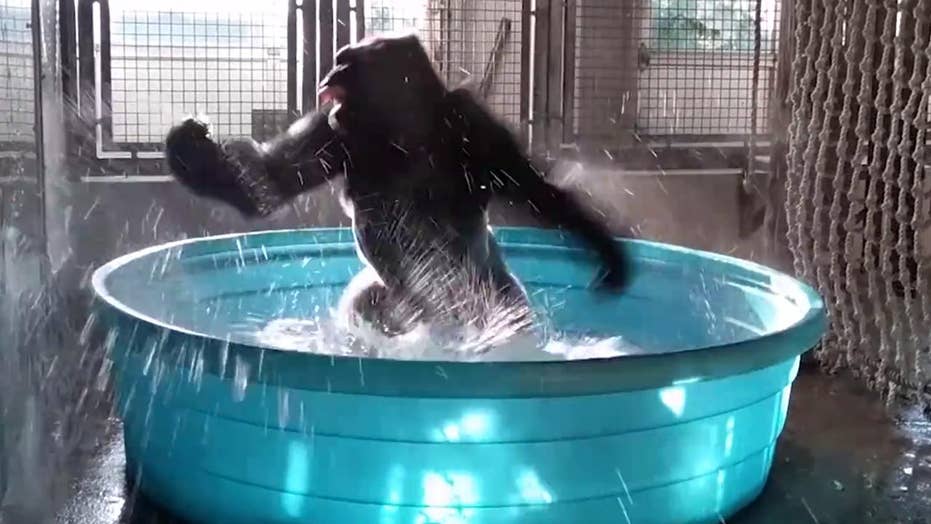 An 18-year-old gorilla named Louis hates to get his hands dirty. That’s why he sometimes walks upright like a human -- especially when food is involved.

Louis, a 500-pound, 6-foot tall gorilla that lives at the Philadelphia Zoo, walks upright when he’s carrying tomatoes and other snacks, The Associated Press reported.

He also walks upright when the ground is muddy, according to the Philadelphia Zoo, which recently posted a video of Louis walking on two legs.

It’s “pretty unusual” for gorillas to walk around upright, Michael Stern, the curator of primates and small mammals at the zoo, told The Associated Press. Most lean forward and "knuckle-walk."