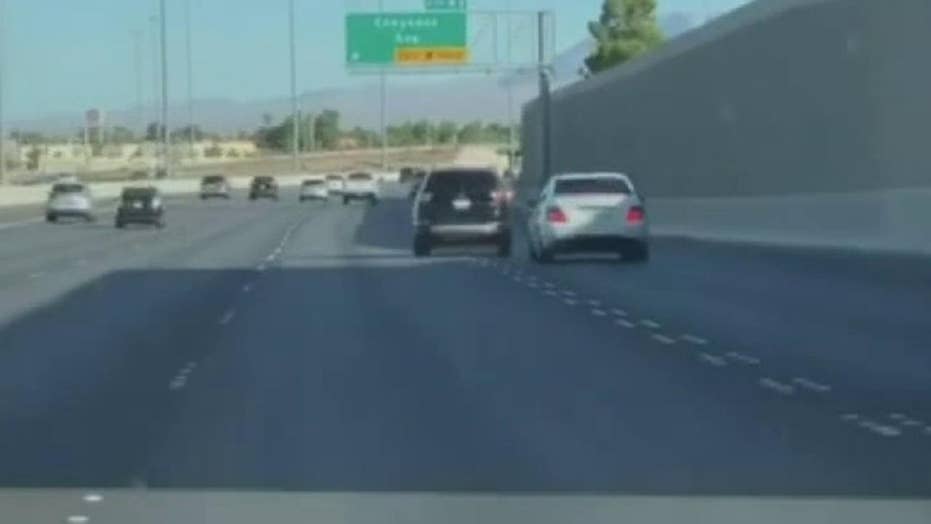 Despite a few close calls, the boy was safely recovered uninjured.

Las Vegas authorities on Sunday stopped a 9-year-old who they say took his mom's car for a spin while she was in the shower.

Police received a call around 8:45 a.m. from a bystander who claimed to have spotted the boy driving in a northern suburb of Las Vegas.

The witness, Mark Cabigon, said he saw the vehicle swerving in and out of traffic and tried to alert other drivers.

“I really thought it was a drunk driver,” Cabigon told Las Vegas’ Fox 5. “That’s why I was so cautious.”

Police pulled over the vehicle near Craig Road and North Decatur, roughly six miles from where the boy lives with his mother, according to the station.

Police said no one was hurt and the youngster was released to his mother. No citations were issued.

It was unclear whether the “boy would be grounded or not,” Metro Police said.