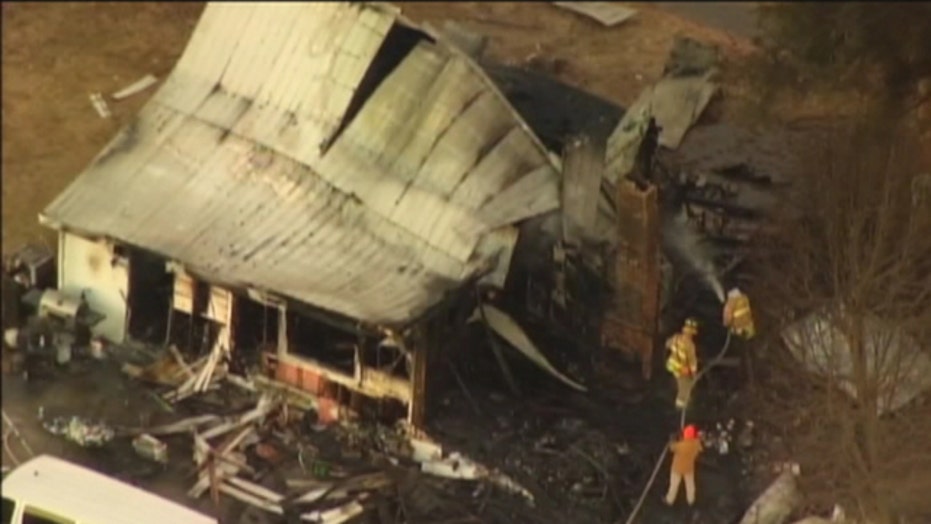 Stuart Recke, a trooper for the Kentucky State Police who was at the scene in Greenville, Ky., told FoxNews.com that 11 people, including nine children, lived inside the single-story home. He said an adult and a child survived the blaze.

By Thursday afternoon, Recke said eight of the people were found in a master bedroom while the ninth person was found between 10 and 15 feet away.

Chad Watson told rescuers that the family remained inside the home.

Several first responders lived near the home and reported that the house was fully engulfed when they arrived, within minutes of getting the call, Recke said.

Kentucky's Muhlenberg County is about 130 miles southwest of Louisville in the state's western coal fields.

News Channel 5 reported that an adult and child were able to escape from the fire and were transported on LifeFlight to Vanderbilt University Medical Center in Nashville, Tenn., for treatment.

Chandler said the blaze was reported at 2 a.m. CST Thursday. He said the cause of the fire was under investigation by the Kentucky State Police. The house is located about five miles from the Greenville Fire Department. The house was a total loss.

The Kentucky State Fire Marshal also had an investigator on the scene. Recke said it is too early to tell what caused the blaze but noted that temperatures in the area were in the teens and single-digits overnight.

This is Kentucky's third fire in a little more than a year that has killed five or more people. Last January, four children under 6 and their father were killed in a blaze near Pikeville in eastern Kentucky that also severely burned their mother. Authorities said the home lacked a smoke detector.

Charlene Lovell, who owns the restaurant Smoking Tobys in Greenville, said the entire town is devastated.

In March, a fire at a home in the southern Kentucky community of Gray killed a young couple and five children, the oldest of whom was 3.

The area of the latest fire was featured in the 1971 John Prine song "Paradise," about the impact of coal mining and what happens to the area around the Green River once the mining ends.