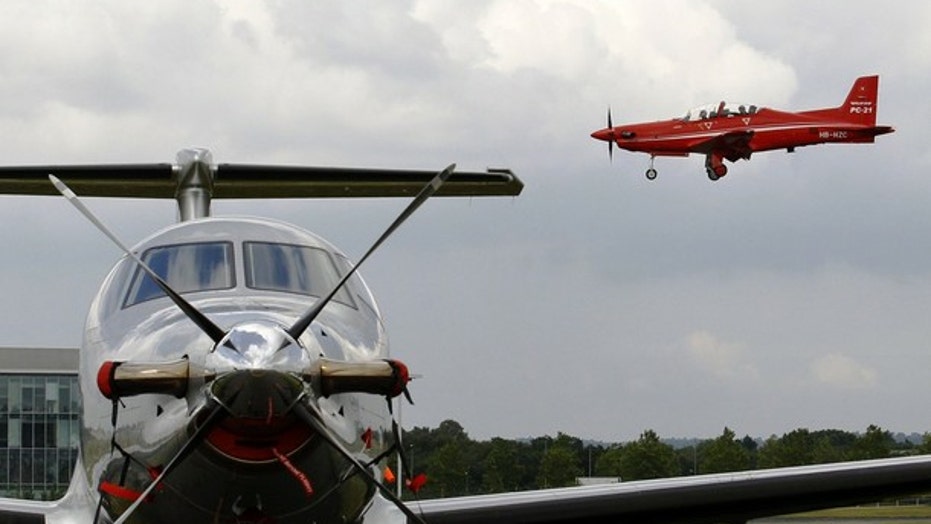 Nine people were killed and three others injured Saturday afternoon when a plane crashed in southern South Dakota, authorities said.

The Pilatus PC-12 had 12 people on board when it crashed near Chamberlain -- about 180 miles west of Sioux Falls -- shortly after takeoff, Peter Knudson of the National Transportation Safety Board (NTSB) told the Argus Leader of Sioux Falls.

Those killed were the pilot and two children, KELO-TV of Sioux Falls reported.

7 DEAD AFTER PLANE CRASHES IN CANADA

The Pilatus website states that the PC-12 can carry up to 10 passengers and is flown by one pilot.

The plane was bound for Idaho Falls, Idaho, according to the Argus Leader.