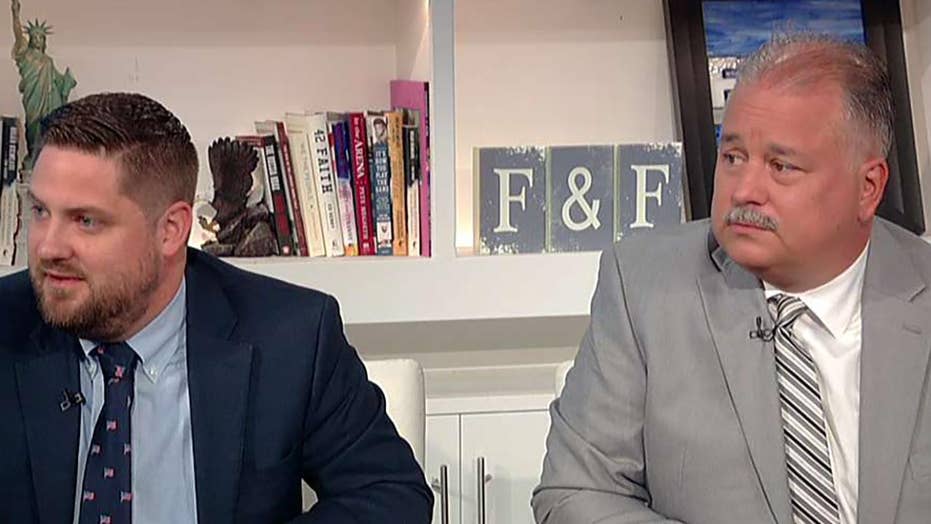 Survivors of the 2001 terror attacks and families of the victims are demanding the Department of Justice reveal redacted names from investigation memos.

Survivors of the 9/11 attacks and victims' families are demanding answers from the FBI, calling for the release of government documents they claim will reveal a "Saudi Arabian role."

Tim Frolich, who worked as an accountant in the World Trade Center's south tower, explained on "Fox and Friends" Wednesday why the families of 9/11 victims are still battling in federal court for the release of the information.

The FBI argues redacted names and other sensitive materials cannot be released due to national security concerns.

Frolich told Ainsley Earhardt that he narrowly escaped the building, but was caught in the "dust cloud" outside as the skyscraper collapsed.

Frolich said he was left with permanent injuries to his foot and ankle in a fall as he ran from the scene with firefighters.

"They're covering up," said Frolich, emphasizing there "has never been an indictment or an arrest for the crime of murder" nearly two decades since the attack.

Brett Eagleson, whose father died in the south tower, said individuals -- whose names are redacted in the documents -- are "walking free" in Saudi Arabia.

"It's been 18 years on. Give the American people justice," said Eagleson, dismissing the argument that "state secrets" are at risk.

Fifteen of the 19 9/11 hijackers were Saudis, though the Saudi government has long denied any involvement.

The families have been backed in their legal fight by Sen. Richard Blumenthal, D-Conn., who said last year that, "This fight for justice is about more than just these families. It is to deter also state sponsors of terrorism."

Last year, a federal judge rejected a Saudi motion to end the lawsuit, ruling that the court could assume jurisdiction under the Justice Against Sponsors of Terrorism Act.

Congress passed the law in 2016 over then-President Barack Obama's veto, allowing the claims to go forward against the Kingdom after they were rejected once in court.