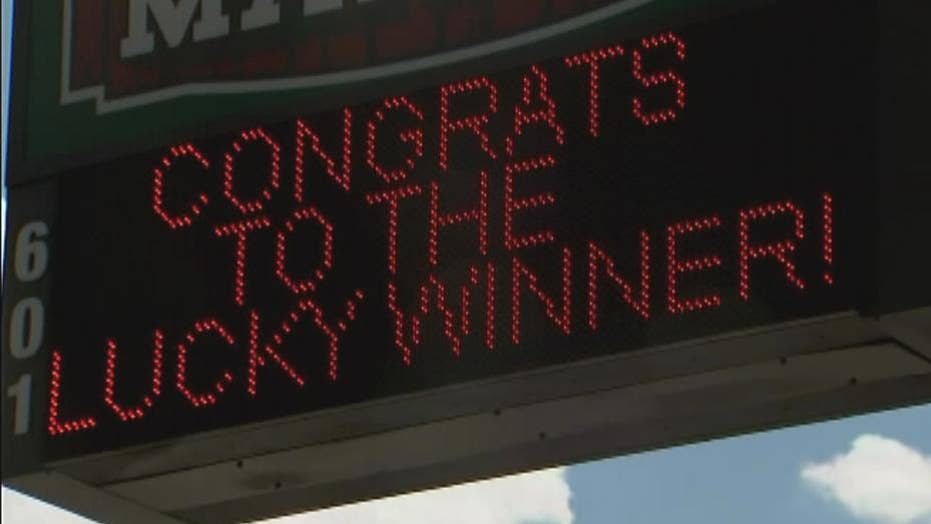 New Hampshire woman refuses to claim prize as she fights for anonymity.

The New Hampshire woman who won the $559.7 million Powerball jackpot last month is refusing to claim her prize, saying in court documents that she first wants assurances she can remain anonymous when she collects her winnings.

But state officials say the woman may face even longer odds in her legal battle, because New Hampshire open-records laws mandate that lotto winners publicly disclose their name, town and amount won.

New Hampshire is one of a handful of states that permit lottery winners to form anonymous trusts to shield their newfound riches. But the woman already signed her name to the winning ticket; she cannot alter her signature and hide her identity without voiding the ticket.

The winner of a Powerball jackpot is refusing to claim her prize and instead fighting to remain anonymous. (Reuters)

Writing her name, as opposed to the name of a trust, was a "huge mistake" based on her interpretation of rules posted on the lottery website, the woman said in her complaint in Hillsborough Superior Court in Nashua.

Her resulting dilemma – forgo either a once-in-a-lifetime payday, or her anonymity – is legally impermissible, according to her attorney.

"She is a longtime resident of New Hampshire and is an engaged community member," the woman’s attorney wrote in court documents. "She wishes to continue this work and the freedom to walk into a grocery store or attend public events without being known or targeted as the winner of a half-billion dollars."

Publicity brings significant apparent risk to lottery winners. Two years ago, a Georgia forklift operator who won $434,272 in a lottery was executed in his home by several masked robbers as he pleaded for his life.

In 2012, a 46-year-old Chicago man was poisoned with cyanide the day after he won a $1 million lottery prize. While family members were suspected in the death, none have ever been charged, and the case remains unsolved.

And in 2005, an Illinois jackpot winner who claimed a prize of about $20 million was murdered by his sister-in-law and her boyfriend.