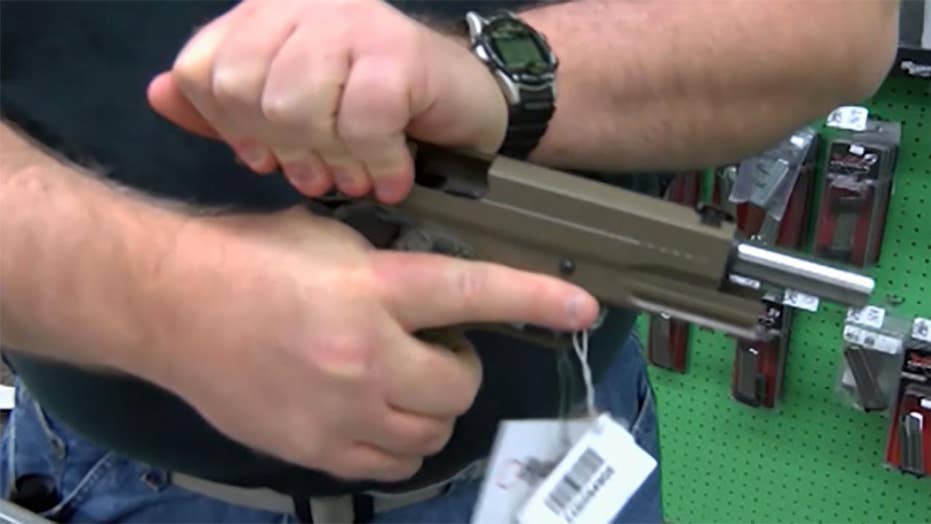 Lawsuit claims gun background check is not being enforced

The law went into effect Jan. 1 after a referendum on the November 2016 ballot passed. The lawsuit claims the governor is stonewalling efforts to enforce it.

“The Background Check Act has not been enforced and remains in limbo, contravening the will of the people of Nevada who exercised their constitutional right to change the law to promote public safety and protect the communities of this state,” the lawsuit says.

Dale Zusi, Vicki Delatorre, and Sydney Gordon are the three plaintiffs in the case and were instrumental in getting the issue on the ballot. Delatorre herself is a gun owner and supporter of the Second Amendment.

“I believe in safety,” Delatorre said. “When I bought my guns I had to go through a background check and I think everyone should.”

The law requires an FBI background check on any private gun sales between individuals in Nevada, including online sales. The murky legal issue right now is that this is not federal law, therefore the FBI, a federal agency, cannot be legally obligated to carry it out. Currently, residents are required to go through a background check administered by the state if they purchase guns from an official licensed dealer.

“It is not the attorney general's role to block or implement any act, and obviously the opinion issued by my office did neither. In December [2016], the FBI said they will not conduct the background checks required by the Background Check Act. Without the FBI’s involvement, the central function of the Act could not be implemented,” Laxalt’s office said in a statement to Fox News.

Some in the community are hoping the issue gets resolved quickly.

“The attorney general and the governor have a choice, they can either spend tax payer dollars at this point to fight this lawsuit or they can pick up the phone and call the FBI,” said Elizabeth Becker, a local gun safety advocate. “I don’t think that most people think it’s normal to sell a gun without a background check because most people who buy guns buy them at stores and they do undergo a background check and the want to prove that they’re that good guy with a gun.”

Eighteen states have background checks on the books when it comes to unlicensed and private sales. Sandoval had vetoed a similar bill that passed in 2013, leading activists to put it on the ballot for a state-wide referendum.

The controversy over the law comes in the wake of the Oct. 1 Route 91 Harvest Country music festival, where Stephen Paddock shot and killed 58 people and injured 500. There is no evidence to suggest this law would have prevented that and it is known that Paddock passed state background checks and legally obtained his weapons.

Delatorre is frustrated that the law is not being enforced because she thinks it could show that Nevada’s leaders are serious about gun safety.

“I think that the fact that there have been discussions about gun safety issues and an issue has been put forth regarding gun safety and yet they haven’t been followed up on and enforced, it saddens me.”