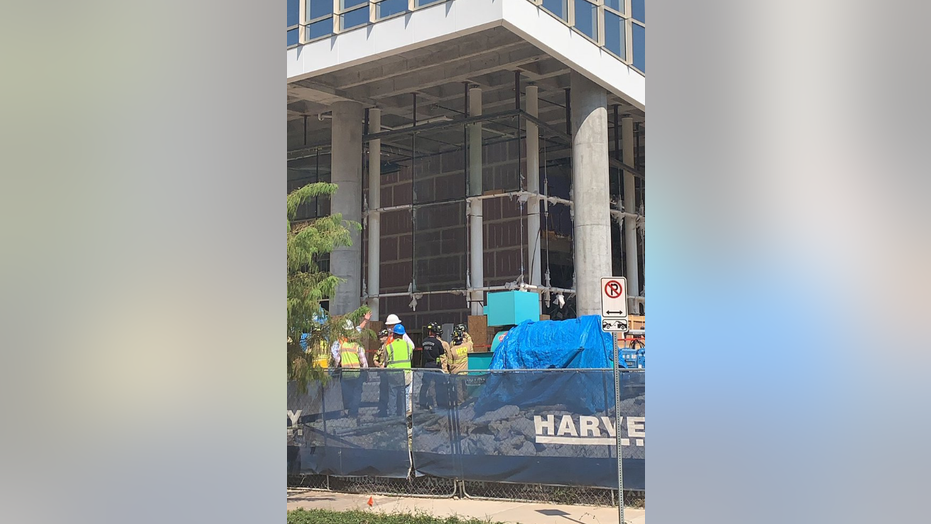 At least three people were killed and another injured on Monday when part of a building stairwell collapsed in Houston, Texas., according to fire officials.

The injured worker was taken to a local hospital in stable condition, the Houston Fire Department said. The collapse occurred in the stairwell near the 13th and 14th floor of the structure at around 1:30 p.m. The building was under construction at the time.

“The debris pile collapsed all the way down to the ground floor," Assistant Fire Chief Ruy Lozano said.

TEXAS MAN TURNS SELF IN AFTER THROWING PUNCH, BREAKING MAN'S TOOTH IN ARGUMENT OVER TRUMP: POLICE

Firefighters were waiting for engineers to confirm if the 15-story building was stable enough for them to go in and recover the bodies, which could take several days, Lozano said.

He said that authorities were “worried about sections of that same stairwell that collapsed the first time" and not the collapse of the entire building.

About 240 other construction workers were on the site at the time of the incident and they have been accounted for, Lozano said.

A worker who was on the ground floor during the collapse said he heard "a loud banging sound."

“It sounded like a building was collapsing, which, I checked out, it didn’t happen, but all I saw was the parking building. All you see is a bunch of smoke," he told Houston's KPRC-TV.

Firefighters are currently waiting for engineers to confirm if the 15 story building was stable enough for them to go in and recover the bodies, which could take several days. (Houston Fire Department)

The building, located on the city's Westside is set to be the new headquarters of Houston-based Marathon Oil, according to the company's website. It's located across the street from a series of multi-story apartment complexes and north of a popular shopping district that consists of retail stores and restaurants.

"We are saddened to learn that an accident occurred at the construction site for the future Houston headquarters of Marathon Oil. We extend our deepest sympathies to the families of those contractors who were affected and thank the first responders. We have offered our assistance to the building contractors as they respond to this accident," a company spokesperson told Houston's KTRK-TV.

It was not immediately known what caused the partial building collapse. Houston police were investigating.

The names of the workers who were killed and injured were not being released until their families had been notified, Lozano said.