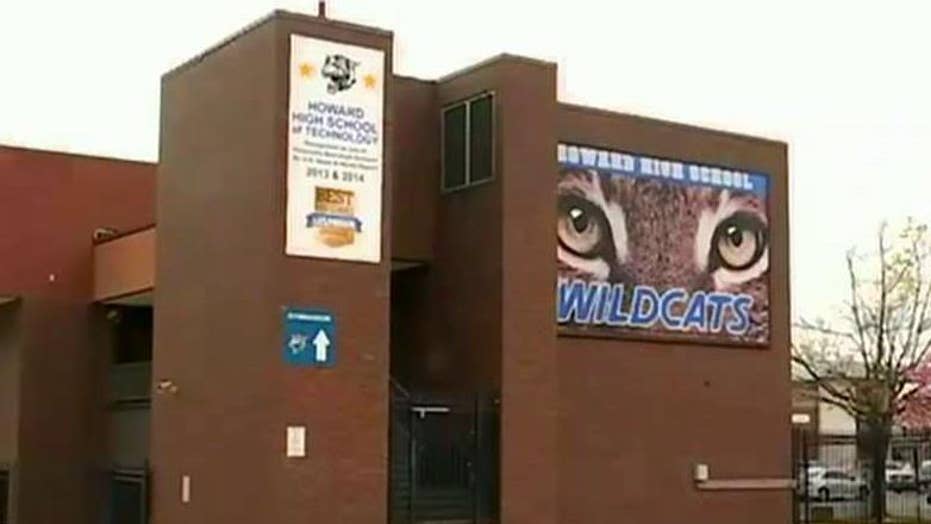 The Delaware attorney general's office announced the charges after meeting earlier in the day with the mother and older brother of the victim, Amy Joyner-Francis.

Joyner-Francis, a sophomore at Wilmington's Howard High School of Technology, died April 21 after a fight broke out shortly before classes were to begin.

Authorities said a 16-year-old girl, the only person believed to have struck Joyner-Francis, is charged with criminally negligent homicide, which is punishable by up to eight years in prison. Prosecutors said they will seek permission from Family Court to have the girl tried as an adult in state Superior Court.

The other two suspects, also 16, are charged with third-degree criminal conspiracy, which is punishable by up to a year in prison, they added. They will be tried in Family Court.

The Associated Press is not naming any of the suspects because they are juveniles.

Authorities noted that while the evidence indicates that all three suspects were involved in planning a confrontation with Joyner-Francis, only one actually hit her. Authorities did not disclose a motive for the confrontation.

"The individuals responsible for Amy Joyner-Francis's death are minors, but they must be held accountable for their actions," the state Department of Justice said in a statement.

Authorities disclosed Monday that Joyner-Francis died of sudden cardiac death, with a contributing factor of physical and emotional stress because of the physical assault. An autopsy did not detect any internal injuries or significant blunt force injuries.

"In layman's terms, the medical examiner determined that Amy died from a cardiac incident that she was vulnerable to because of a pre-existing heart condition, but the cardiac incident would not have occurred if she had not been assaulted," the DOJ statement read.

According to a police affidavit, a video of the assault obtained by investigators shows a girl striking Joyner-Francis repeatedly in the head and torso with what appears to be a closed fist. As the attacker leaves, Joyner-Francis then attempts to stand up.

Authorities also said in court documents that written and oral communications among the three suspects indicate that the assault was planned over the course of the preceding 20 hours.

Chief state public defender Brendan O'Neill, whose office is representing one of the suspects charged with conspiracy, described the death of Joyner-Francis as "a terrible accident in the context of an ugly incident."

"It's a tragedy all the way around," he said. "The consequences are going to be life-changing for all the kids involved."

Wilmington Mayor Dennis Williams issued a statement saying the charges are a "first step" in providing the victim's family and the community with closure.

"As this process moves forward, I ask that we keep the family and loved ones of everyone involved in our thoughts and prayers," Williams said.

Police Chief Bobby Cummings did not immediately to requests for comment.