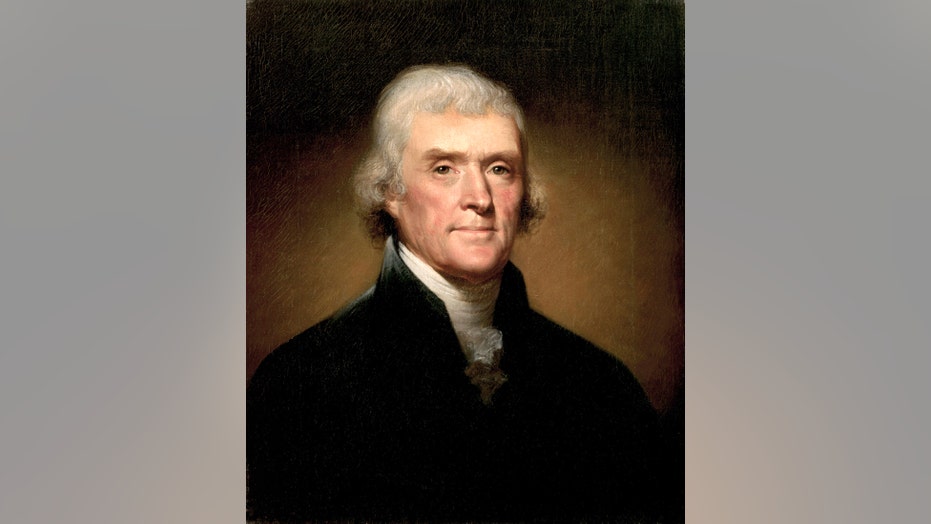 A $20,000 acrylic case now protects Thomas Jefferson's original headstone on the University of Missouri campus, a response to vandalism concerns amid an ongoing dispute about whether the university should honor the third president who also was a slave owner.

The clear case was installed Saturday over the granite obelisk that was originally erected at Monticello in Virginia in 1833. It was replaced in 1883 and given to the University of Missouri, the Columbia Daily Tribune reported.

A university spokesman said the case was installed because of vandalism to a Jefferson statue that is also on campus, and graffiti written on the sidewalk during the summer making reference to Sally Hemings, a slave who gave birth to children fathered by Jefferson.

“This is Jefferson’s original tombstone that was entrusted to the university and we have a responsibility to insure that it is preserved appropriately,” spokesman Christian Basi said.

Chancellor Mun Choi this summer refused to remove the Jefferson statue, prompting a student, Roman Leaphart, to begin a petition drive seeking removal of the monument to “a racist slave owner.”

Choi said at the time that the university would move to put Jefferson's complex history into context. A task force that includes students, faculty and others is working on that project toward a goal of making recommendations by the spring, Basi said.

There are two relics associated with the grave marker. The obelisk holds a replica of a marble plaque with the inscription Jefferson wrote for his grave: “Here was buried Thomas Jefferson; Author of the Declaration of American Independence; of the Statute of Virginia for religious freedom; Father of the University of Virginia.”