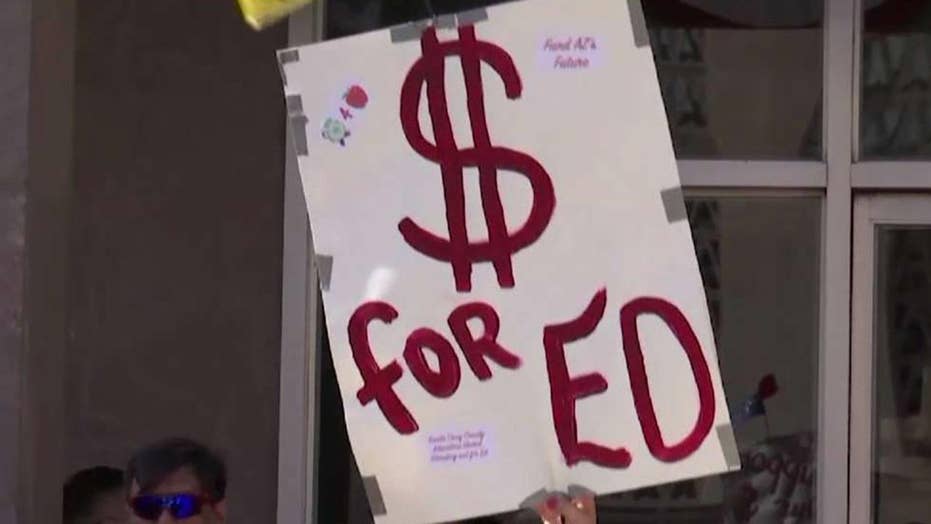 Though teachers' salaries are a local issue, it's an issue that crosses state lines; Ellison Barber reports from Washington.

Presidents of two different teachers’ unions in New Jersey, including one who derided some high school students as "dirtbags" and "pieces of s---," have been suspended after undercover videos showed them saying they would not report teachers who beat students.

Hamilton Township Superintendent Scott Rocco said in a statement Wednesday that “the individual” who was filmed saying he would downplay and not report an incident of a teacher beating a student was suspended and a probe was underway.

"The true beliefs and values of this school district are not represented in this video and are not aligned with who we are as faculty, staff, administration and community," Rocco said.

Valencia was also suspended amid the release of the video this week, with the school district saying the comments made by the president of the association “in no way reflect the views, and core beliefs and values, of our school district, or of the professionalism of our educators, and other employees.”

“We have no governing control over the UCEA, its policies or procedures — we are separate and distinct entities. The UCEA does not speak for our school district,” the statement to NJ.com added.

Valencia was caught on camera telling a conservative activist pretending to be a sister of a Union City teacher who fears losing his job for pushing and hurting a student. The union president told the woman not to worry and went on to slam some of the students in the school district.

The union president also pointed to a file at a desk after being asked whether other teachers who done worse things got off the hook, saying "This file right here is from a teacher who had sex with a student, OK? You're not going to jail.”

"This file is about whether or not the teacher gets to keep his pension. Sex with a teenage girl. Is he going to jail? No. How come? Because the child's not pressing charges,” she added.

Though the two officials were suspended from their positions, they have pushed back against the conservative group, called Project Veritas, which has been criticized in the past for using deceptive tactics and selective editing in its operations.

Last year, the group was caught allegedly trying to plant a fabricated news story in the Washington Post regarding former U.S. Senate hopeful Roy Moore, who was accused of sexual misconduct with teenage girls. 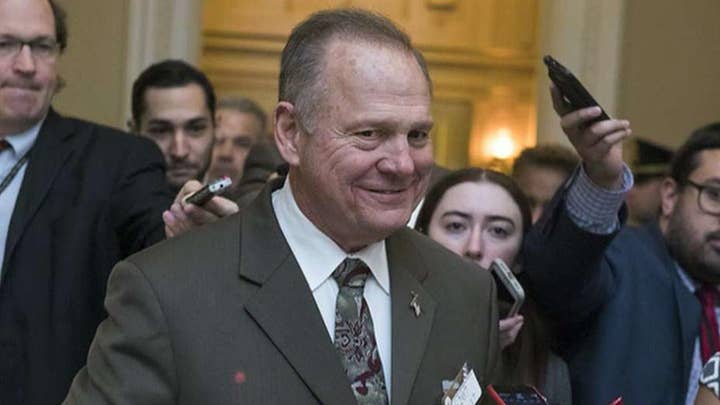 The effort backfired after the Post found out the real identity of a woman who pretended to be a victim of Moore.

"Project Veritas cannot be trusted as a source and should not be dignified with coverage or response, other than to note that it is a political advocacy organization with a history of using dishonest and illegal tactics to fabricate false stories," the New Jersey Education Association said in a statement.

"Project Veritas cannot be trusted as a source and should not be dignified with coverage or response, other than to note that it is a political advocacy organization with a history of using dishonest and illegal tactics to fabricate false stories."

"Nothing is more important to NJEA members than the safety and well-being of the students they are privileged to educate. NJEA members go above and beyond every day to ensure that students are safe, healthy and well educated."