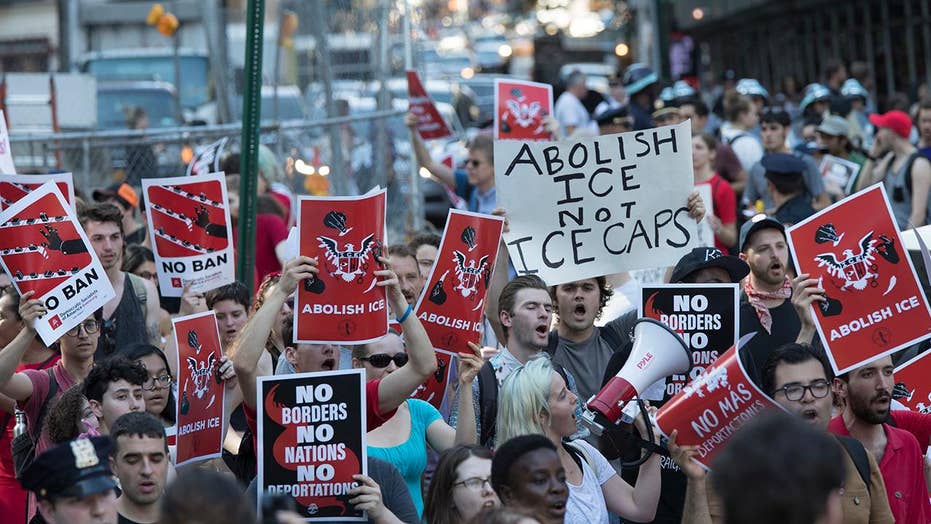 Rallies across US to protest Trump's immigration policies

Nineteen senior investigators at U.S. Immigration and Customs Enforcement (ICE) have called for the government agency to be disbanded in a letter to Homeland Security Secretary Kirstjen Nielsen.

The massive law enforcement agency, which employs more than 20,000 people and was created in 2003 in response to the Sept. 11, 2001, terrorist attacks, is responsible for both homeland security investigations (known as HSI) and for the deportation of undocumented migrants (known as ERO, for enforcement and removal operations).

The agents’ letter, first reported by the Texas Observer, expressed concern that President Trump’s crackdown on undocumented migrants has made it more difficult for them to conduct investigations into significant national security issues.

HSI is “supposed to be out there making these major cases, these big cartels that are smuggling guns, drugs, money,” Alonzo Peña, a former ICE deputy director, told the Texas Observer. “And because of this whole immigration rhetoric — that immigrants are bad, that they’re criminals and rapists and all that — the focus is totally off mission.”

The agents, who work to combat things like drugs and arms trafficking, wrote that their investigations “have been perceived as targeting undocumented aliens, instead of the transnational criminal organizations that facilitate cross border crimes impacting our communities and national security.”

The letter suggests splitting ICE into two separate agencies that focus separately on homeland security and deportation, which the agents say would “improve transparency, efficiency and effectiveness.”

The Trump administration has bolstered the agency’s powers by executive order and adopted a controversial “zero tolerance” policy regarding those who illegally migrate to America.

Tens of thousands took to the streets in protest against Trump’s immigration crackdown this weekend.