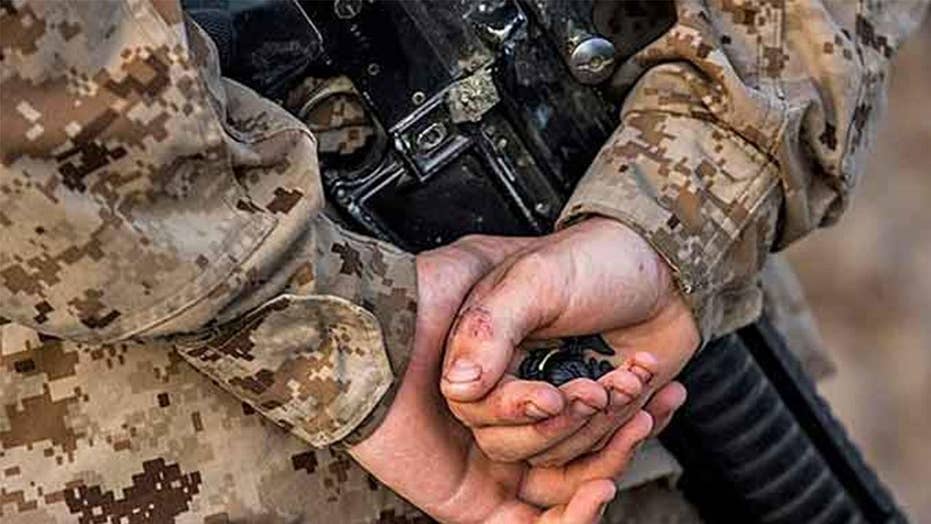 More than a dozen U.S. Marines were arrested early Thursday on a variety of accusations ranging from human smuggling to drug-related offenses, according to officials.

The U.S. Marine Corps said in a news release that 16 Marines were arrested during a Battalion formation at Camp Pendleton in California. All are members of the 1st Battalion, 5th Marines, between ranks of E-2 and E4 (PFC-Corporal), a spokeswoman told Fox News, adding that none of the Marines officially has been charged.

An additional eight Marines were "taken aside" for questioning of their involvement in alleged drug offenses unrelated to the main arrests on Thursday, officials added.

A total of 16 Marines were arrested Thursday at Camp Pendleton in California for alleged involvement in activities "ranging from human smuggling to drug-related offenses," officials said.

None of the Marines arrested or detained to questioning on Thursday were serving in support of the ongoing Southwest Border Support mission, the Marine Corps said.

"1st Marine Division is committed to justice and the rule of law, and we will continue to fully cooperate with Naval Criminal Investigative Service (NCIS) on this matter," officials said in a statement. "Any Marines found to be in connection with these alleged activities will be questioned and handled accordingly with respect to due process."

Officials did not release the names of the arrested Marines, and did not disclose additional details of the alleged offenses.

Earlier this month, two Camp Pendleton-based Marines were arrested and accused of transporting illegal immigrants for money, according to a federal complaint obtained by Fox 5.

The Marines, Byron Darnell Law II and David Javier Salazar-Quintero, were arrested on July 3 in east San Diego County and face one felony count of seeking monetary compensation for moving unauthorized immigrants into the country after they had crossed the border, the San Diego Union-Tribune reported at the time.