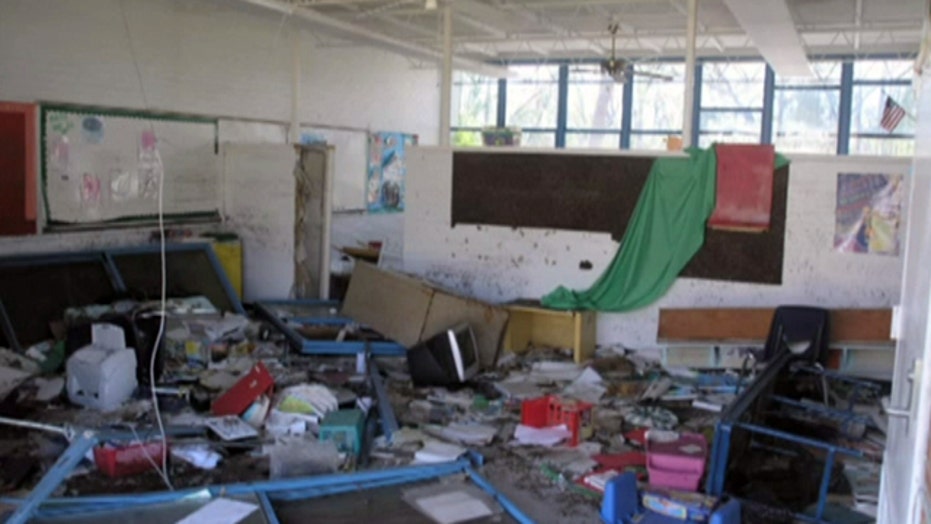 A decade after the devastation of Hurricane Katrina in Bay St. Louis, Mississippi, families are rebuilding their lives along the gulf coast and remembering those who lost their loved ones.

The storm was one of the most costliest in history with more than $100 billion in damages. More than a million residents were displaced from their homes.

“It was very difficult to experience,” said third-grade teacher Tammy Raymond, a Bay St. Louis Native who teaches at North Bay Elementary School and one of the million people directly affected by Katrina.

“Today I find myself very fortunate to have survived with my family,” said Raymond, adding not everyone can share the same story of luck.

Waveland resident Laura Bane said she lost her parents and two younger brothers to the storm — both were mentally handicapped and autistic.

When Raymond heard about Bane’s loss, she said something had to be done to remember and honor the family. She teamed up with the “Where Angels Play” Foundation led by a group of New Jersey firefighters who responded to the 9/11 attacks.

“Third graders from Waveland sent us cards back in 2001 to cheer us up during 9/11,” said Bill Lavin, founder of “Where Angels Play.” “When the hurricane hit the coast and schools were destroyed, we felt the need to pay it forward to them,”

Now many New Jersey firefighters volunteer their time to help children in need across the country. Their latest project: a $140,000 handicap-accessible playground to honor the Bane family in the city of Waveband.

“There are no words to express how grateful and appreciate I am for them helping us do this,” said Bane.

The city is also building a basketball and tennis court next to the playground, along with a splash pad.

“The moms and dads of these children that were lost are really the true heroes,” said Lavin. “They are the inspiration. They have honored their angels who will watch over kids for generations to come.”