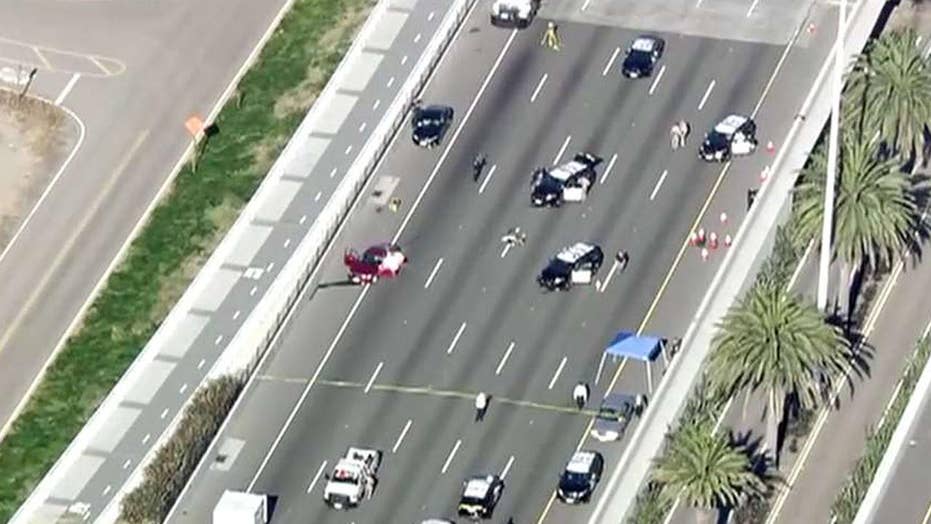 Police say they killed a woman and wounded a man who drove at them in separate incidents this weekend in Northern and Southern California.

One of the shootings closed the eastbound lanes of San Francisco’s Bay Bridge for hours early Sunday, according to reports.

Highway patrol officers were investigating a multi-car crash on the bridge when a red Cadillac drove toward officers for unknown reasons, KTVU reported.

“It came up the right shoulder, and they saw it coming at them,” California Highway Patrol Officer Vu Williams said, according to the San Francisco Chronicle. “They gave the driver multiple commands to stop, but the driver kept coming. One of the officers felt threatened for his life and fired.”

One bullet struck the driver and he was taken to the hospital.

His condition was unknown, KTVU reported.

Two passengers in the car were unharmed and were interviewed by investigators.

The woman who was killed had been drinking and arguing with her boyfriend Saturday in the city of Montebello in Los Angeles County.

Officers responded to a disturbance call at a motel parking lot after the woman hit the man and accused him of taking her purse.

The woman got in her car and drove out of the parking lot. Los Angeles County Sheriff’s Deputy Kelvin Moody says she returned moments later and drove at a police officer and her boyfriend.

Moody says the officer opened fire, striking the woman. She was taken to a hospital, where she was pronounced dead.

The woman was not immediately identified.