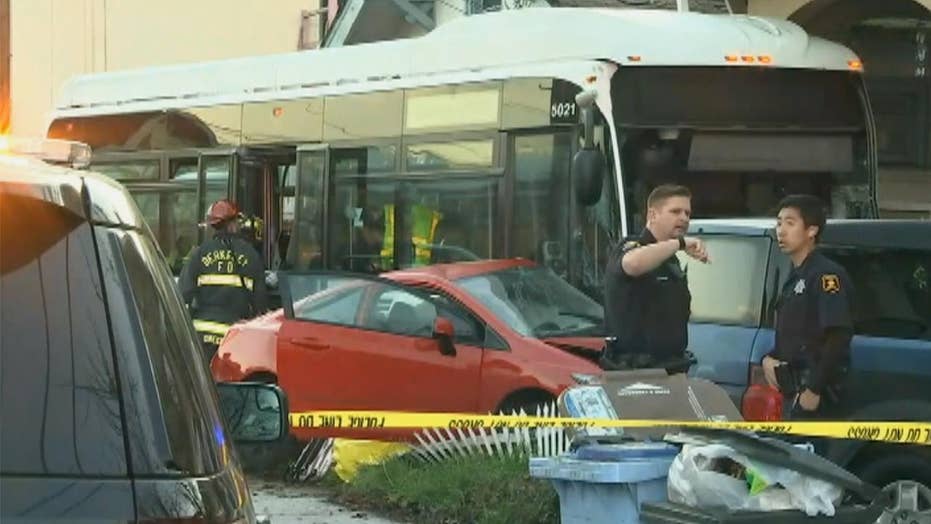 An AC transit bus in California crashed into a red car on Thursday, killing the driver before slamming into a house, police said.

The transit bus was traveling westbound in Berkeley just before 6:40 a.m. on Thursday when it collided with a red sedan going southbound, KTVU reported. The bus then slammed into a nearby house.

"I'm lucky it didn't hit this house," Erica Noble, who lives near the scene of the crash, told the news station. "That's why I was like, 'Wow.' I'm amazed. Boom boom."

Video and photos from the collision showed the front of the bus partially in the front of a house. A blue minivan parked at the site was also damaged.

The driver in the red sedan died at the scene. The bus driver was said to be OK and no other injuries were reported, according to KTVU. There was one other passenger on the bus at the time of the crash.

It’s unclear what caused the crash. Berkeley Police Sgt. Andrew Frankel said a collision like Thursday’s was an “uncommon” event.