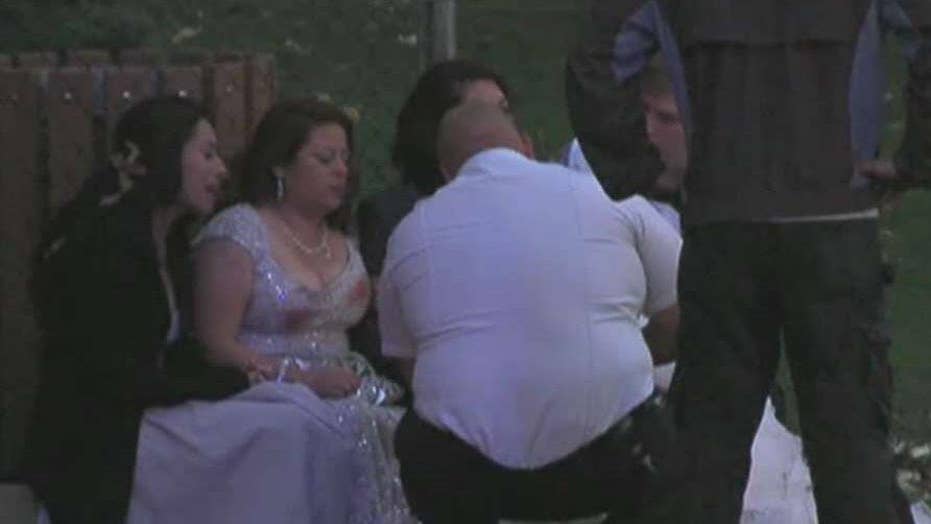 One person killed after tree falls on wedding party

Will Carr reports from California

A woman was killed and five others injured Saturday when a large eucalyptus tree fell on a wedding party taking photographs at a Southern California park, officials said.

Up to 20 people were trapped under the tree after it fell at Whittier's Penn Park around 4:30 p.m., the Los Angeles County Fire Department told Fox 11.

Video from the scene showed fire crews using chain saws to cut through the downed branches. Witnesses described hearing a loud crack, and seeing people run from the area.

The Los Angeles Times reported that a 4-year-old girl was listed in critical condition due to head trauma.

An arborist will assess the area on Sunday, officials said.