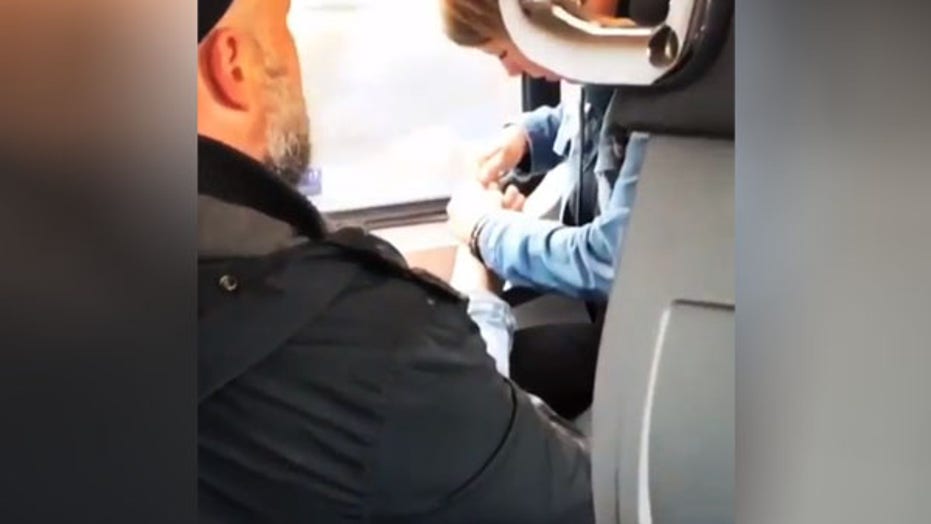 A disturbing video has surfaced that shows a man and a woman doing something arguably inappropriate on a train: The footage appears to show the woman trimming the man’s toenails in public, while he sits back and relaxes.

The strange video appeared on the Instagram page PassengerShaming, which documents the strange, disturbing, and sometimes gross things people do during their travels.

“Happy Monday!” the video was captioned, along with a hashtag reading “choochoo,” suggesting the act took place on a train.

Based on the responses, it’s pretty clear that social media users were not OK with the public grooming.

“Where are all the shavings and clippings going? I’m sure she has a tarp underneath them," one user sarcastically stated.

Another user simply said, “That is disgusting.”

Surprisingly, there were others who seemed genuinely impressed, regarding the woman's act as a display of affection. “I want a girl who will make me sandwiches and cut my toenails,” one person said, while another simply wrote, “Well that’s love right there.”

“That’s both disgusting and adorable at the same time," someone else chimed in.

Of course, most seemed unimpressed by the apparent woman's devotion and quite annoyed by the sight, with one user commenting, “Seriously I am so disturbed by how many people think this is ok. Why would you ever think clipping someone’s toenails on public transportation it ok?”

Another reply said, “No one ever needs to do this in public… ever.”

“Y'all have way more restraint than I do," someone else stated. "I'd be telling her to knock that off. Vile.”