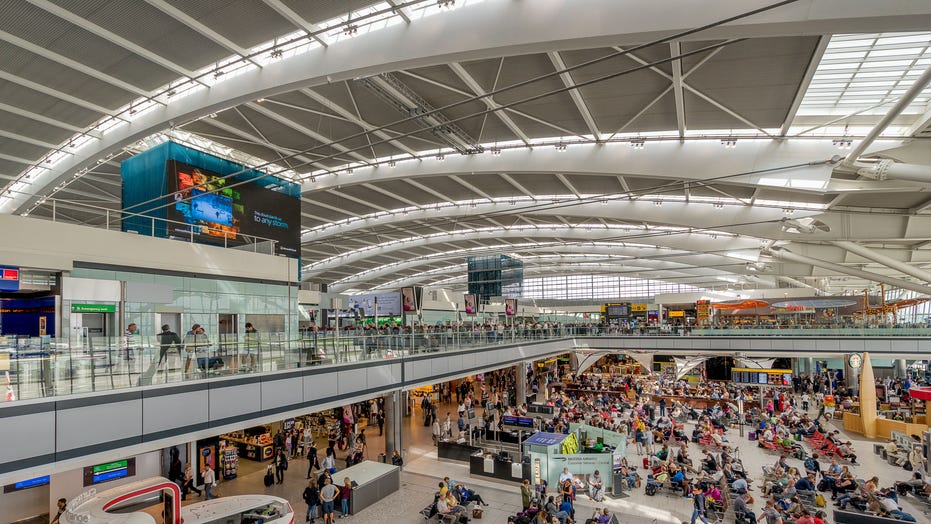 Crime doesn’t pay, and neither does biting airplane captains.

A woman from England is facing jail time after being found guilty of assaulting her airplane captain on a flight at London's Heathrow Airport in May 2019. The woman continues to deny the charges.

Henrietta Mitaire said the pilot made “forceful contact” with her shoulder, which prompted her to take out her phone and start recording. She says the pilot tried to take her phone, which caused a “tussle,” the BBC reported. (iStock)

Henrietta Mitaire claims she acted in self-defense during an altercation with the captain of the plane after the aircraft landed, the BBC reported. According to the outlet, Mitaire had been involved with a disagreement over her stroller being stored in the plane’s hold when the pilot intervened.

Mitaire said the pilot made “forceful contact” with her shoulder, which prompted her to take out her phone and start recording. She says the pilot tried to take her phone away, which caused a “tussle,” the BBC reported.

"In a desperate attempt to relieve the pressure so I could breathe, I used my teeth to try and get him off me," Mitaire said in a statement. “All my actions during this altercation were in self-defense, most of them in a state of extreme fear.”

Mitaire was recently found guilty of assault by beating. She was given a four-month sentence, suspended for one year, the BBC reported.

"You behaved in a way that was completely unacceptable and caused significant injury and the whole thing was caused, in effect, because you could not take your buggy on to the plane with you," the judge said, according to the BBC. "When you were asked to leave the plane, instead of being sensible and saying, 'I will make my complaint at a later stage,' you escalated matters."

Aside from the suspended sentence, the court also ordered Mitaire to comply with a curfew between 7 p.m. and 7 a.m. for six months. She was also ordered to pay $3,383 in court costs and compensation to the captain.