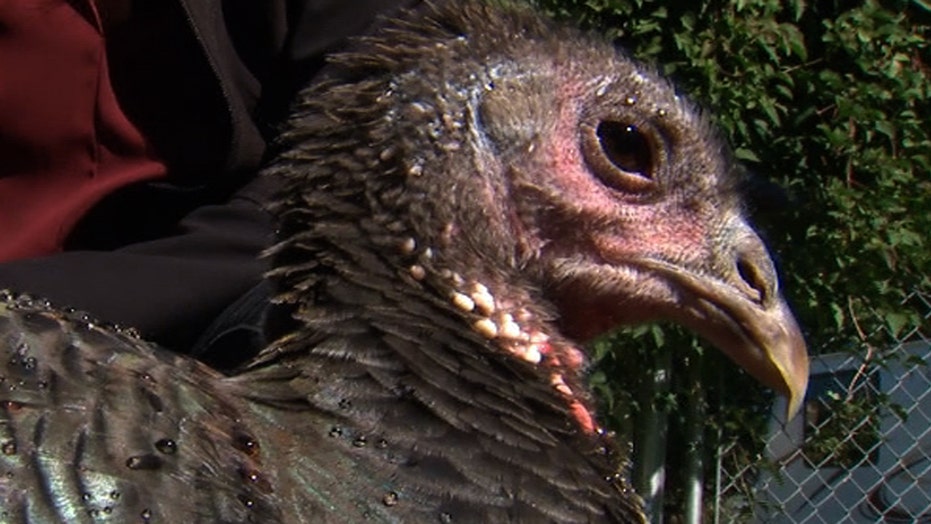 Flight attendant Steffanie Rivers has seen it all: dogs pooping in the aisle, a cat clawing a pregnant woman, and even a chimpanzee running through the plane.

For several years, passengers have been reporting unruly animals making noise throughout flights or lounging on tray tables.

But these uncontrolled animals, which have even included pigs and turkeys-- are allowed to ride in the airplane cabin. They’re “emotional support” animals, and they can accompany their owners on flights with very little restriction.

With reported incidents of disruptive plane pets on the rise, on Wednesday, the Department of Transportation (DOT) convened its ACCESS Advisory Committee, to examine whether there should be limitations on the type of species permitted on board and how to deal with fliers who may be lying about an illness to gain access for an emotional support pet. Although the Committee did not reach a consensus, the DOT says the discussions yielded a "wealth of information" on the issue, which will assist in drafting a forthcoming new rule on service animals.

But nothing has been decided yet and frequent fliers say they’re seeing more of these animals than ever, which leads to the question: Are all those emotional support animals really there for support, or are people who don’t really need them gaming the system to bring their pets on board for free?

What is an emotional support animal?

According to the Air Carrier Access Act of 1986, U.S. airlines must permit dogs and other service animals used by qualified individuals with a disability to accompany them on a flight. In 2003, the DOT refined the definition of a service animal to include not just guide dogs and signal dogs, but also animals that provide emotional support for a mental or emotional disorder.

But unlike seeing-eye dogs or guide dogs, which receive training specific to their owner’s disability, emotional support animals require no training. The DOT allows, but does not require, air carriers to request 48 hours’ notice and a letter from a licensed mental health professional verifying that the passenger has an emotional or mental disability and needs an emotional support animal. The airlines are not allowed to impose fees for bringing these animals on board. The only thing the DOT requires is that the animal “be trained to behave properly in a public setting.”

Rivers says she tries to monitor animals on the ground. “Once the door is closed and the plane is in the air we have to deal with it. If the pet shows unfavorable characteristics on the ground during boarding the flight crew can have it removed from the flight. And I have done it!”

Most airlines require advance notice and a  letter, but in interviews with several carriers, none could say whether they contact the health care provider to confirm that they are licensed to practice and have written the letters.

Today, there are plenty of online businesses available to people who want easy access to the required letter from a mental health professional. Would-be traveler can just complete a digital evaluation, either by survey or video chat. There even are ads, such as this one from Animal Companions, that explain how getting “an emotional support animal letter” can help get your pet into an apartment that does not allow animals-- and also works on airplanes. The ad states that you will get a letter within just 10 minutes of payment.

Dog trainer and radio show host Harrison Forbes says he believes services like these are contributing to a rise in the number of animals flying out of their carriers on planes. About three years ago, he says, he started to receive up to 100 inquiries a month from fans, former clients and friends asking how they could get their pets on board planes as emotional support animals.

“Everybody knows somebody that’s done it, and so the information has spread quickly,” he says.

While there are many people with mental and emotional disabilities that may or may not be visible, airlines can be penalized for trying to distinguish those with a true need from those who just want to bring Fido along to sit in their lap without paying for him.

The DOT says it has received anecdotal reports of “service animals” accompanying people who appear to have no disability, and it is aware of concerns that some organizations may be promising passengers an online “diagnosis” of needing a service animal in exchange for a fee.

But, the department points out that “many disabilities are hidden and passengers are not required to prove the legitimacy of their need for a service animal to other passengers on board flights.”

Airlines are not required to accept documentation they believe is fraudulent, but the burden of proof is on them if a passenger files a complaint. As a result of the airlines’ concerns, the DOT convened the advisory committee comprised of airlines, department officials, and disability advocacy groups, among others.

Untrained emotional support animals that bark, run loose, soil floors and sit on tray tables are not only unpleasant and unhygienic, but they can be downright dangerous, says Stephen Carbone, a former National Transportation Safety Board accident investigator who has written several novels based on his real-life experiences.

He says support animals like guide dogs have been on planes for decades, but the increasing number of emotional support animals is creating more hazardous conditions for passengers. Imagine trying to exit a plane full of smoke with animals running loose under your feet, he says, noting that passengers need to get out before they succumb to smoke inhalation. “The death toll goes up exponentially,” he says. “Throw in the owner trying to find the animal for even more chaos.”

Other problems arise among passengers who have pet allergies or a fear of animals. The Americans with Disabilities Act requires airlines to accommodate allergic or fearful passengers by moving them as far from the service or support animal as possible. “If this is not available or unacceptable to the customer with the allergy, we will attempt to rebook the passenger with the allergy on a later American Airlines flight,” says American Airlines spokesperson Ross Feinstein.

Forbes suggests airlines consider eliminating their pet fees to remove the temptation to secure a phony letter, and Madeline Friedman, a dog trainer who has been traveling with service and support dogs since 2006, agrees. “I have flown near dogs who are better behaved than many children,” she says, “yet we don’t see a ‘children’s section’ on airplanes, nor do we see any restrictions on flying with babies and children.

“The bottom line to me is the difference between a well-behaved dog and a dog who is not. I feel any clean and well-behaved dog should have access to public places, so people would not feel the need to have ‘impostor’ service dogs.”

Forbes, who has imported hundreds of police dogs from Europe in the 1990s, says airlines also should educate passengers about the safety of flying pets in cargo. “So many people are misinformed that the cargo hold area of the plane is dangerous or traumatic for the dog,” he says. “This simply is not true. That area is pressurized and on the same temperature control system as the cabin, so it's identical to the passenger area.”

Carbone says emotional support animals should be as strenuously trained as seeing-eye, police and military dogs, and adds that “there should be limits on what type of dogs could qualify, e.g. German Shepherds that can be trained to handle loud noises and disarray.”

But Forbes says this could lead to more businesses falsely certifying that animals have been trained.

“Many of the disabled people are legally blind and pay good money and invest a lifetime in their service animals because of the bond they must have,” says Carbone. “For example, veterans who suffer mental anguish from real trauma like getting shot or their units being wiped out deserve the privilege of having their service animal near them.

“These special animals qualify and deserve to ride up with their owners. These other ‘emotional animals’ are an insult to the ADA and those it was written for.”

Lyn Mettler is an Indianapolis, Ind.-based travel writer. She is the author of The Step-by-Step Guide to Earning Your Southwest Companion Pass. You can find her at www.GotoTravelGal.com or on Twitter at @GotoTravelGal.