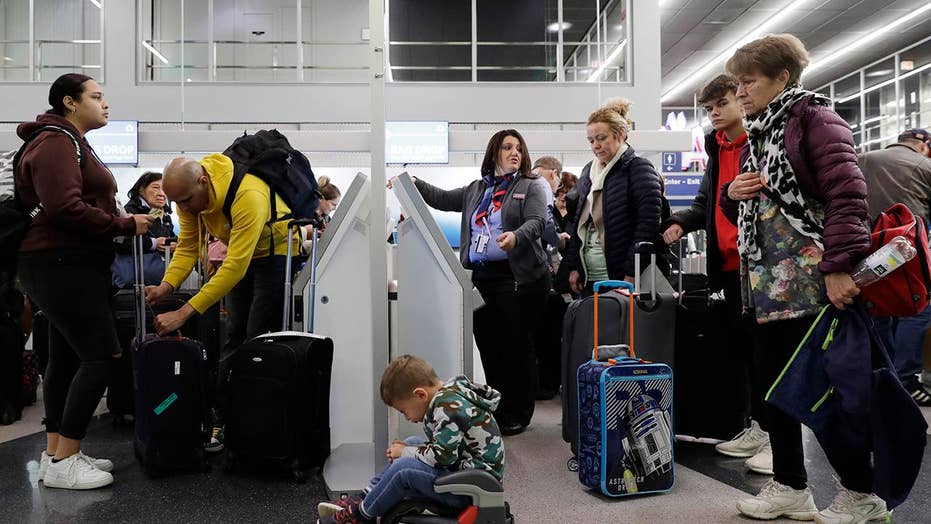 Severe weather threatens Thanksgiving holiday travel across the US

Chicago is under a high wind advisory with potential gusts up to 65 mph which could impact travel at America's busiest airport; Matt Finn reports from O'Hare Airport.

The airspace above the United States was packed with planes on Wednesday as millions of Americans traveled for Thanksgiving.

The flight-tracking computer image above shows flights over the continental US at 11:30 a.m. EST Thursday.

All told, more than 55 million people took to the roads, rails and skies on the holiday eve, according to the American Automobile Association — with many of those journeys snarled by two superstorms wreaking havoc.

Thousands of flights were canceled and major roads closed as the storms pummeled the West Coast and Midwest with hurricane-force gusts and dumped up to 30 inches of snow.

Hundreds of drivers were left stranded on a freeway between California and Oregon due to the blizzard conditions.